After streamlining the company, but lacking visionary leadership, Microsoft CEO Steve Ballmer announced today that he will retire within 12 months.  The company “has struggled to adapt to the shift away from personal computers and toward mobile devices,” reports Bloomberg.  Citi Research says that if the new CEO decides to focus on enterprise, and de-invest from consumer, the stock is worth $42, and could pay a bigger dividend.

Earnings projections have improved since our last report, to 4% growth this year, then 9-10% growth in each of the next two years.  The dividend yield is 2.65%, and may increase again in September.

The stock traded sideways during Ballmer’s ten-year tenure as CEO, currently in a range  between $31 and $36, with serious resistance at $36. 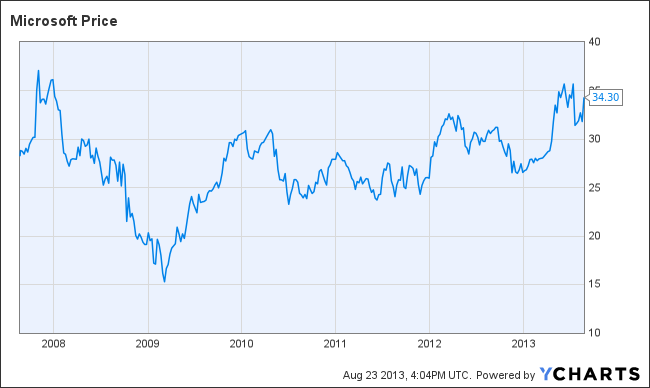 After reporting second quarter comparable store sales down 15%, Aeropostale will take a large net loss for the full year, unexpectedly challenging its cash position and causing analysts and investors to re-think their investments.  Despite attempts to strengthen its apparel mix, sales continue to suffer.  Morgan Stanley calls Aeropostale “a structurally challenged business.”

The stock is down 36% since we told listeners to sell Aeropostale shares on March 15; and it’s hitting ten-year lows today. 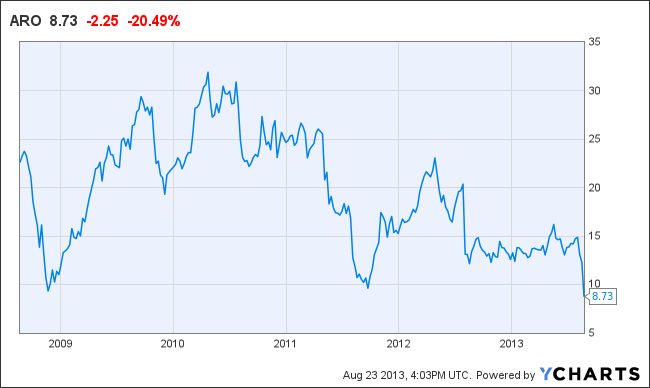 After a string of annual net losses, Pandora is expected to earn a small profit this year, rising rapidly in the next several years.

On July 1, we told aggressive growth investors to buy Pandora shares, and to expect volatility.  The stock then rose 15% through yesterday and lost all its gains today.  Watch for the stock to trade between $19 and $22 in the near-term. 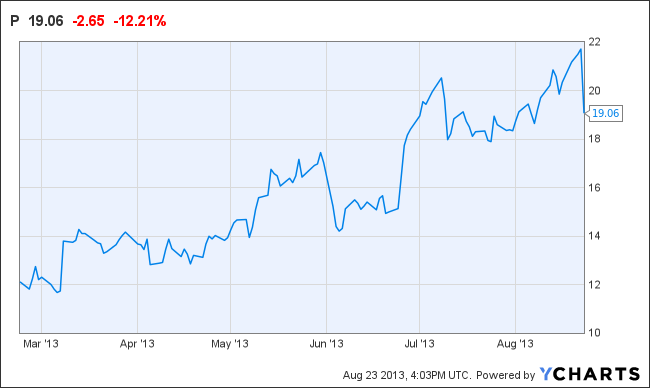