Stocks in the News: And. . . JP Morgan Making More Headlines

On the heels of arrests in a derivatives scandal, and a new Chinese bribery investigation, JPMorgan Chase is now under investigation for possible manipulation of energy markets.  JPMorgan has already agreed to pay $410 million to end an enforcement action by the Federal Energy Regulatory Commission.  Now various energy issues are being examined by the U.S. Attorney in Manhattan, who’s also leading the investigation into the 2012 JPMorgan derivatives scandal. 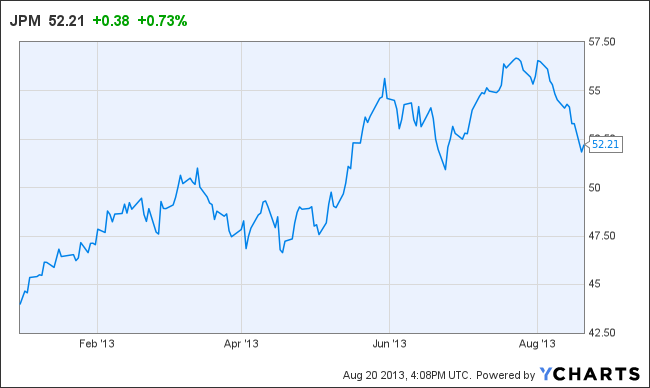 The Interpublic Group of Cos., Inc. (SYMBOL: IPG) and the headline says: S&P REITERATES BUY OPINION ON SHARES OF INTERPUBLIC GROUP – S&P

Interpublic’s earnings growth is subdued this year, but expected to grow 27% next year via margin expansion, and increased sales.  Industry consolidation trends also raise merger potential for Interpublic.  The PE is 19 and the dividend yield is 1.88%.

The stock is on a steady uptrend, currently trading between $15 and $17. 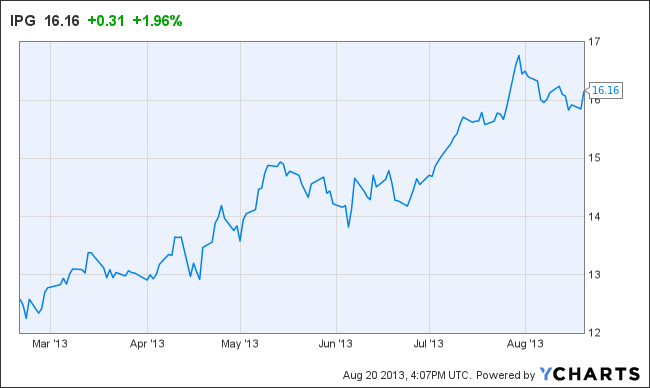 Clothing retailer Urban Outfitters has once again surprised Wall Street with a stronger than expected second quarter.  Comparable store sales were up 9%, and eCommerce was up 40%, during a dismal quarter for most soft-goods retailers.  The company reported strong gross margin gains, led by expense controls, and reduced Anthropologie brand merchandise markdowns.  Morgan Stanley is confident that Urban’s management team can continue growing the company through both domestic retail and international eCommerce.

Urban Outfitters stock broke out of a long-term trading range in January, and has been trading between $38 and $45 all year. 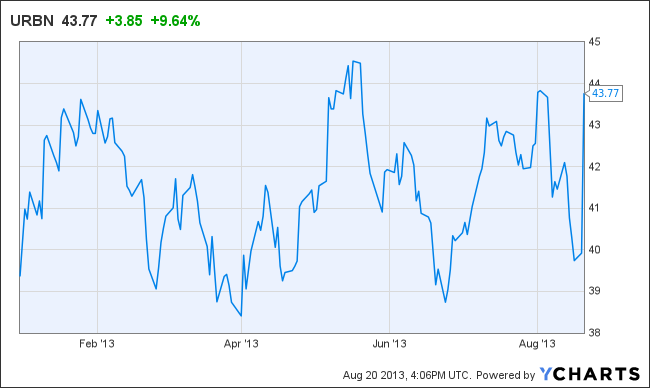