Membership warehouse retailer Costco reported July same-store-store sales up 4%, and total sales up 7%.  Results were aided by higher prices at its gas stations, and harmed by foreign exchange rates.

Earnings projections have increased since we last reported on Costco in March, to 15, 11 and 11 percent in the next three years.  Citi Research says, “Costco is the best-positioned company in the warehouse club industry to gain market share.”  S&P adds, “We think the company is well-positioned to generate long-term earnings growth.”

The stock price is up 14% since our buy recommendation in March, and still climbing, although the PE is quite high at 26.  We would hold our shares and accumulate more during market corrections. 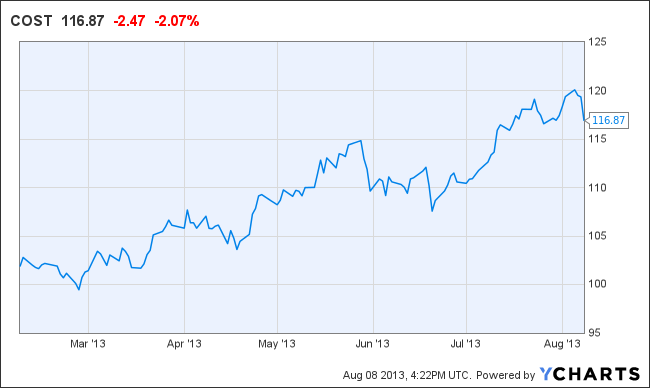 Snack food company Mondelez Int’l, which was spun off from Kraft Foods Group last October, announced a new $6 billion share repurchase program, a dividend increase, and that it will build a Cadbury manufacturing plant in India.  The company also reported second quarter earnings of 37 cents per share, beating the consensus estimate of 34 cents.

Mondelez stock has been rising this year; trading between $28 and $32 since March, and appears ready to break out.  Again, like CostCo, the stock has good earnings growth and a bullish chart, but a high PE. 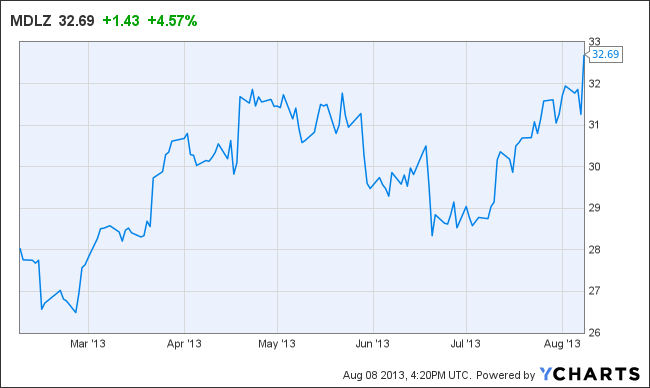 EPS are projected to grow 31, and 71 percent over the next two years.  The PE is 65.  The stock fell dramatically after its 2011 IPO, and began a distinct recovery in May.  While the chart is bullish, we caution investors to use stop-loss orders on this aggressive-growth stock. 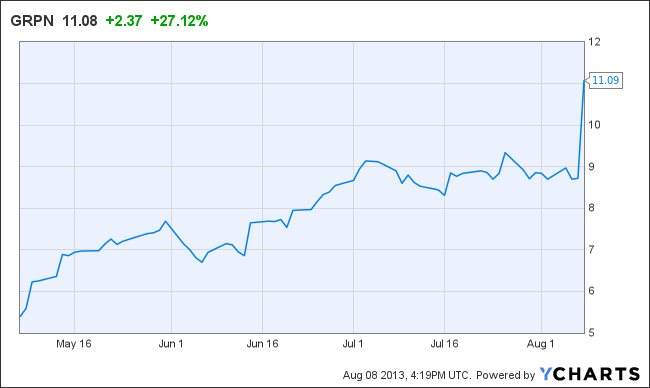