General Motors announced today that it will cut the price on the 2014 Chevy Volt by $5000, in order to encourage sales of the electric hybrid.  Federal tax credits bring the total purchase price down another $7500, to a final cost of $27,500.  While year-to-date sales of electric vehicles in the U.S. have more than doubled, Volt sales experienced only a 9% increase this year.

GM’s earnings growth projections have recently increased to 5% this year, then 34% next year.  The PE is 11.

In early May, we said the stock appeared ready to rise into the low-to-mid $30’s.  That happened immediately, and now the stock is pushing up against resistance at $38.  We still like Ford shares better, because the company is thriving without government assistance. 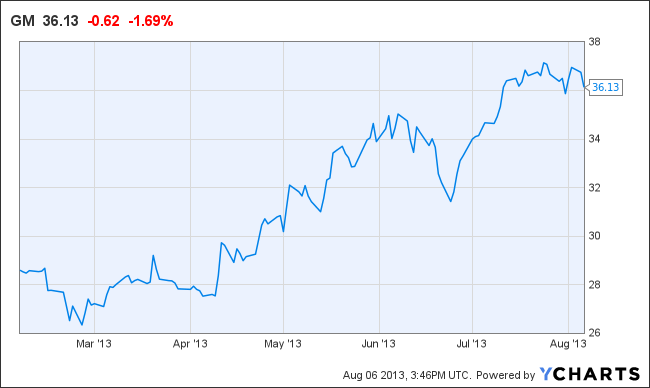 OfficeMax reported another disappointing quarter, with earnings and margins below expectations, and revenue down 4.6% year-over-year.  Citi Research says there’s increased competitive pressure, and a lack of catalysts for OfficeMax achieving their operating margin goals.

On May 7, we told listeners to avoid OfficeMax shares.  The company is currently awaiting regulatory approval for acquisition by Office Depot, another company with profitability problems.  We see no reason to own shares in struggling companies. 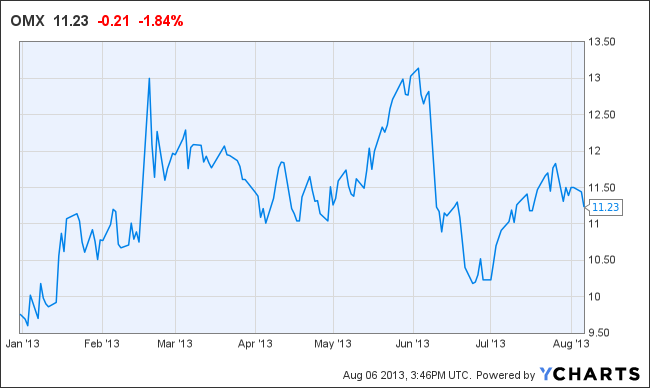 Morgan Stanley Research says, “KORS remains Retail’s best growth story.”  Michael Kors stock has been climbing and resting steadily since going public in late 2011.  The stock is up 9% since we recommended it in late May, and the share price is on an uptrend. 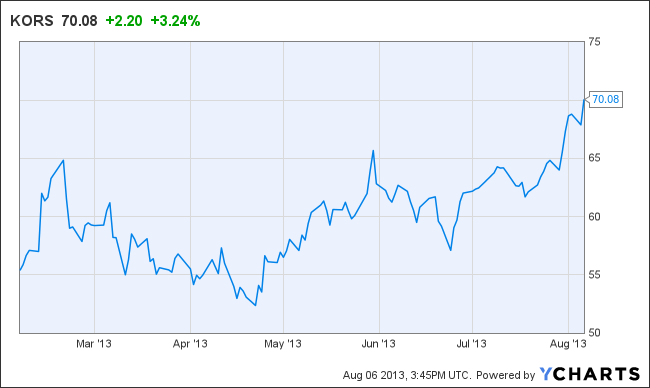