Firearms company Sturm Ruger reported a 79% surge in earnings as U.S. citizens amass firearms in light of increasing threats to second amendment rights, and concerns over potential firearm confiscation.  Second quarter revenue was up 50%, though hampered by insufficient inventory.  New products accounted for 31% of sales in the first half of 2013.

The August dividend, which varies every quarter, will be 65 cents per share.

"There is no expectation that current earnings growth is sustainable.

Sturm Ruger stock has been trading sideways for 18 months, with resistance in the upper $50’s.  It does not appear tradable at this time." 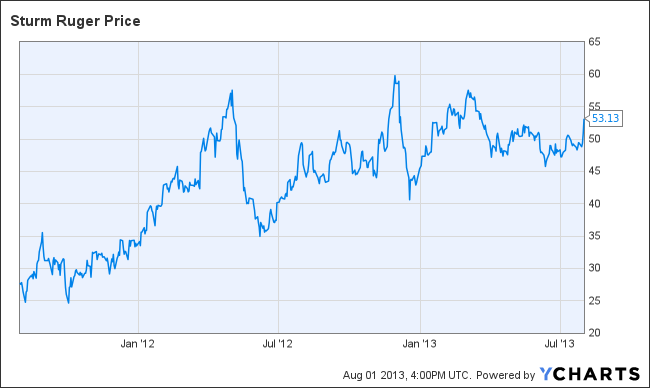 Exxon Mobil Corp. reported much lower than expected second quarter earnings, with a wide variety of operational and accounting issues contributing to the disappointment.  Share buybacks totaled $4 billion, with another $3 billion expected in the third quarter.

The stock will likely trade between $91 and $95 in the near-term, and could easily break past long-term resistance at $95 this year.  The chart is bullish, but the fundamentals are completely lackluster. 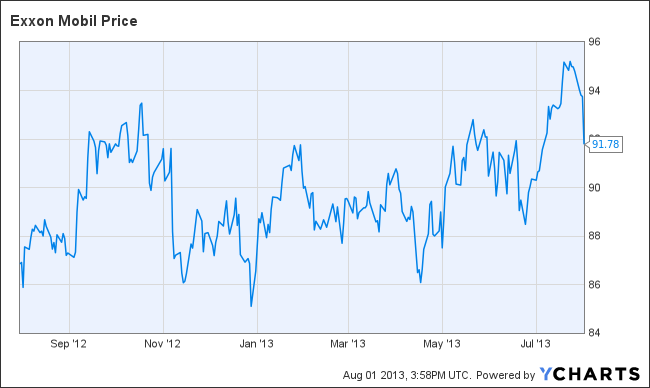 DreamWorks Animation reported expanding gross margins leading to a 73 percent increase in second-quarter profit, with revenue up 31%, driven by the hit movie “The Croods.”  Soft sales of new release “Turbo” have not harmed the profit forecast.  The company is positioned well for new releases in the coming years, and is expanding  consumer product sales to provide a more steady income stream in the future.

After losing money in 2012, DreamWorks’ earnings are expected to be solidly profitable this year, with continued aggressive growth.  The PE is 34.

The stock is up 39% since we recommended it to Ransom Notes Radio listeners on March 22.  There’s price resistance at $28. 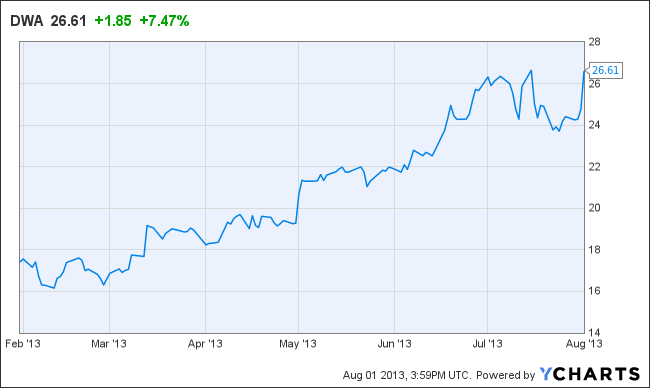