Stocks in the News: Google, Priceline Race to $1000 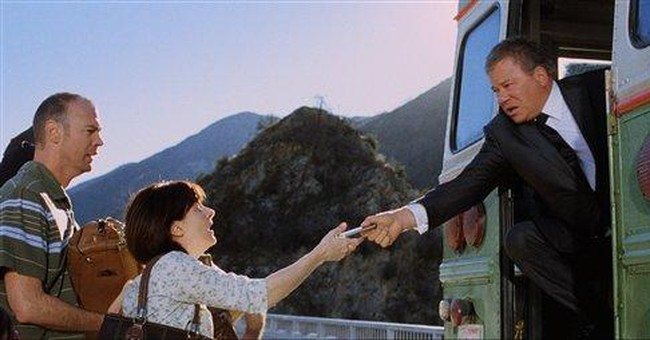 Thirty or more employees of global healthcare company GlaxoSmithKline are under house arrest and surveillance, due to Chinese allegations of bribery and tax fraud.  China reports that some employees confessed to crimes under interrogation, but Glaxo’s own four-month investigation found no evidence of wrongoing.

Earnings are projected to climb 12 and 8 percent for the next two years.  The dividend yield is 4.4%.

Glaxo's stock price continues to recover from the 2008 Financial Meltdown, and could  approach the April 2007 high near $60 this year, but the chart is not definitive. 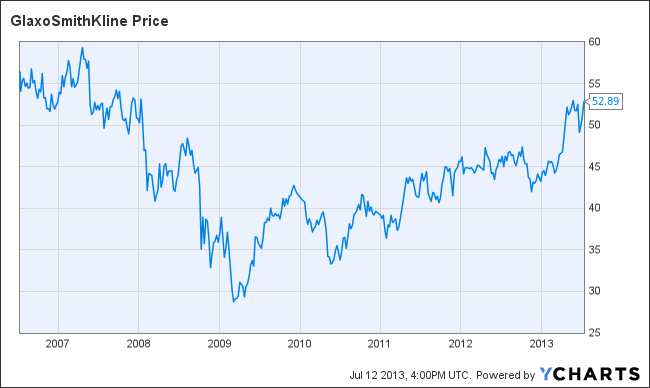 Wells Fargo’s earnings growth estimates have ratcheted upward since their first quarter earnings beat.  Expect another round of upward revisions.

We recommended Wells Fargo on April 12 based on very constructive chart patterns.  The stock is up 15% since then, and the chart remains quite bullish. 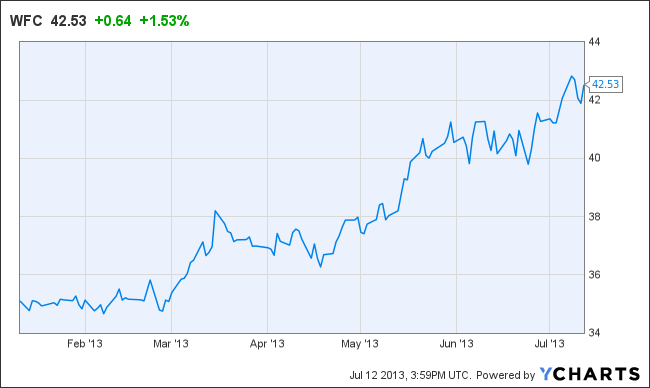 Shares in Priceline.com and Google Inc. are in a neck-and-neck race to a $1000 share price, currently trading in the low $900’s.

We think that Priceline’s stock will pause for a pullback around $950, and foresee Google steadily rising to $1000 to win the race.  Based on current chart patterns, 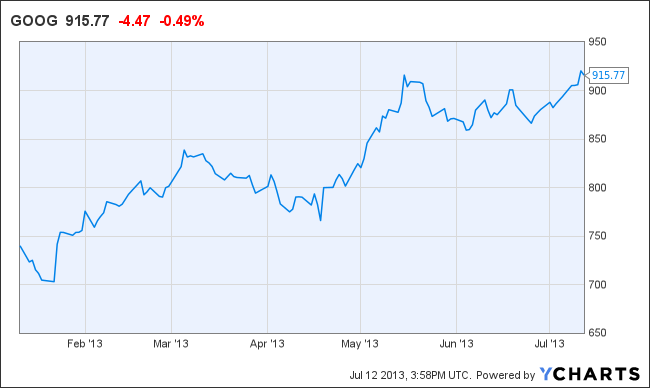