Stocks in the News: Men's Warehouse Chairman is Fired, But He Still Looks Good 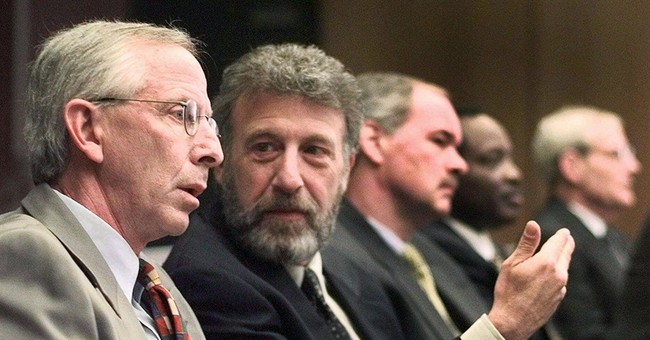 The Men's Wearhouse, (SYMBOL: MW) and the headline says:

You Like the Way You Look, and I've Been Fired.  George Zimmer Out at Men's Warehouse. -- NY Post

George Zimmer has been fired from his job as Executive Chairman of clothing retailer Men’s Wearhouse.  Zimmer, the company’s founder, has been clashing with the CEO over the company’s strategic direction, and the future of its underperforming K&G chain of stores.

Despite the power struggle, the company’s balance sheet reflects success, with record sales, consistent earnings growth, no long-term debt, a big dividend, and a low PE.

The stock’s been trading sideways, between $25 and $41, for almost three years, and is approaching upside price resistance again.

Aviation electronics designer Rockwell Collins Inc. says “it is seeing slower than expected business jet demand” reports S&P.  The company is feeling the effects of sequestration, and expects defense sales to be down in 2013 & ’14.

The company expects earnings growth in the single digits for the next two years.  The PE is 13.6 and the dividend yield is 1.92%.

The stock has been trading sideways for four years, and is currently near price resistance at $67.  Shareholders should re-think their reasons for owning Rockwell Collins.

Home retailer Lowe’s Companies has bid $205 million to purchase the assets and debt obligations of 60 Orchard Supply Hardware stores in California. The acquisition would shore up Lowe’s position in California, where they operate half as many retail stores as competitor Home Depot.  Another bidder could still emerge.

In May, we told investors to buy shares in Lowe’s.  Since then, earnings estimates have increased for the current year.  The stock is trading between $39.50 and $43.50.