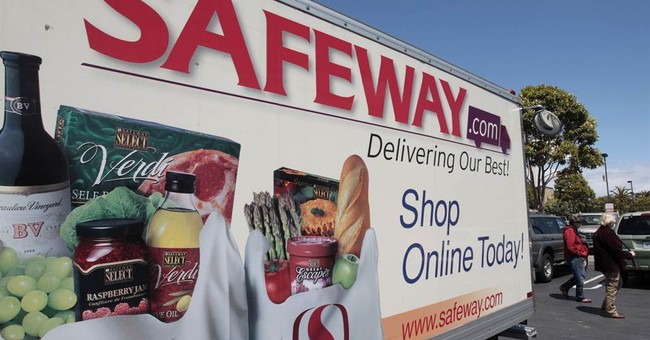 Safeway to Sell Canada Unit to Sobeys for $5.7 Billion -- Bloomberg

Safeway has agreed to sell its Canadian stores to Sobeys.  Safeway will receive about $4 billion after taxes and expenses, which will be used to pay down $2 billion in debt, and repurchase shares.  Safeway’s long-term debt ratio is high at 60%.

The chart pattern is turning bullish, and the stock is likely to trade between $22 and $27 in the near-term.  Citi says, “we see a lack of catalysts to drive significant additional upside in the near term. “ 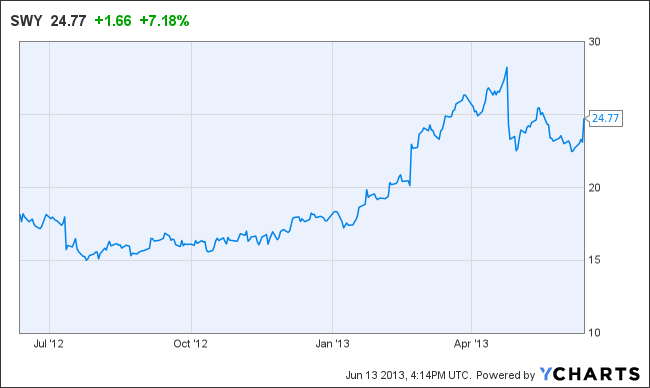 DuPont has lowered Wall Street’s earnings expectations for the second quarter to about $1.27 vs. consensus $1.36.  Unusually cool, wet weather is impacting its Agriculture and Nutrition & Health businesses.

DuPont stock has been in a three-year trading range between $40 and $56, narrowing recently toward the mid-50’s.  The numbers are attractive but the chart is neutral. 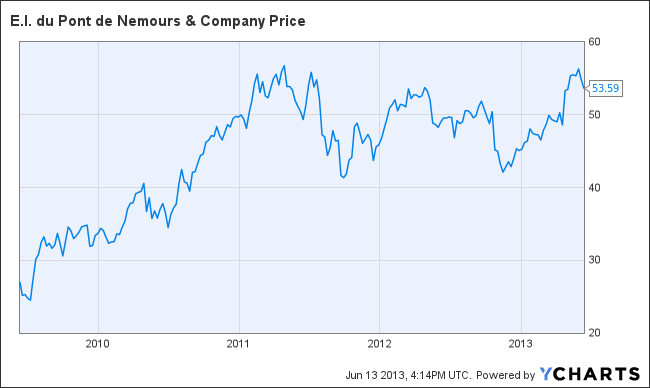 H&R Block has announced fourth quarter  and full year earnings slightly below consensus estimates, but much better than last year’s numbers.  The company gained digital tax return market share, is successfully receiving interest in the sale of its banking operations, and will exit its partnership in 300 Wal-Mart stores.

H&R Block’s stock price had a huge run-up early this year, and is now trading sideways at long-term resistance near $30. 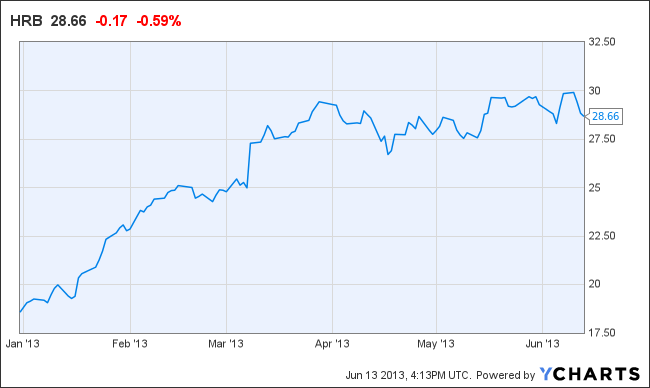