Welcome to John Ransom’s Stocks In The News, where the headline meets the trendline.

The Ford Focus, manufactured by Ford Motor Company, topped 2012 auto sales as the world looks for smaller passenger cars.  Runners-up were the Toyota Corolla and the Ford F-Series pick-up trucks.  Ford CEO Alan Mulally is the driver behind the company’s effort to compete more effectively around the world.

Earnings per share fell in 2012, and are expected to be down a fraction again in 2013, due to economic woes in Europe, a glut on the car market in South America, and margin pressures in China.

Ford stock has been trading sideways for three years. 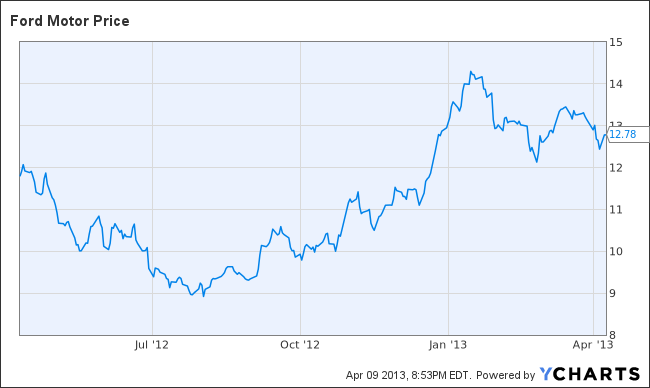 However, the stock price is near ten-year lows and shows no sign of recuperating in the near future. 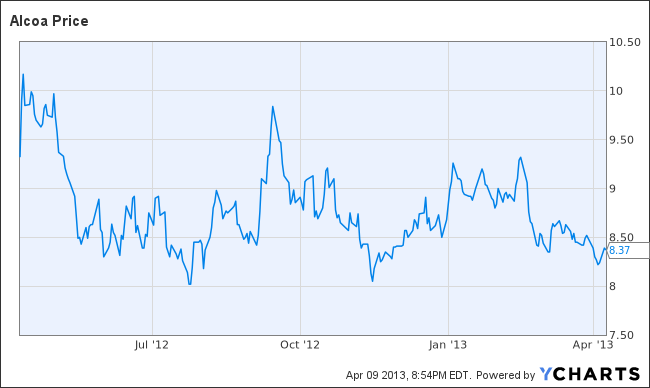 Penney’s board of directors will now have to decide whether to return to a heavy promotional environment, while also considering selling or breaking up the company.

The company is expected to continue losing money for the next three years. 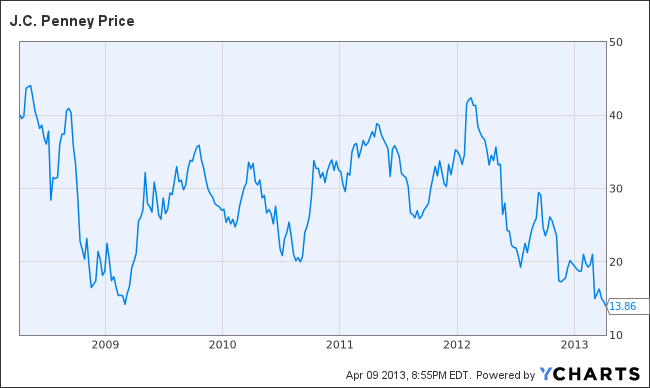