The GOP Is Still The Party Of Lincoln And Reagan

Craig Shirley
|
Posted: Nov 15, 2017 12:01 AM
Share   Tweet
The opinions expressed by columnists are their own and do not necessarily represent the views of Townhall.com. 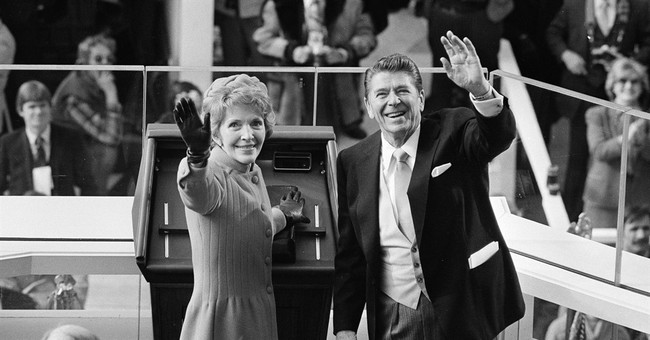 There may have been a time when the Reagan-Trump comparison had more merit. Trump did co-opt Ronald Reagan’s slogan and ran a campaign structured around putting Americans back to work, as well as ran as an outsider with the people on his side and with strong name recognition. The theory was valid, but if the past 11 months are any indicator, Trump is not Reagan – not in action, governance, diplomacy or rhetoric. Despite the empirically verified facts, the invocations and references stubbornly continue. Trump is even said now to be the face of the GOP for the indefinite future. Only time will tell on this assertion.

The last 11 months have been a cluster of frustration, anger, and most prominently, confusion. The Republican Party since the convention in July last year has gone through an identity crisis with the rise of Donald J. Trump. Is Trumpism the new ideology of the right? Is the Grand Old Party now the Grand New Party of Trump? Has Donald, with his aggressive and unending personality and news-obsessing character, overtaken all previous presidential legacies? After all, Tom Edsall of the New York Times similarly says that the “Party of Lincoln is Now the Party of Trump.”

No, the Republican Party still is the party of Lincoln and it is still the party of Ronald Reagan. And Trump is not Reagan. But the GOP is still Reagan’s party. Many times we and others have had to reassert and spill much digital ink answering that question. Trump is not Ronald Reagan because Ronald Reagan was his own man. Reagan thought about the individual, whereas Trump thinks too often about an individual. Both Lincoln and Reagan were elected and re-elected with solid and sizable margins. Trump lost the popular vote by a historic margin and has yet to be renominated and reelected.

Reagan used “we,” “us,” and “ours” in his speeches, and his connection and understanding of the average America was never in question. He grew up very, very poor. Trump, on the other hand, has no modesty about using first-person pronouns. Reagan drew inspiration from the Framers and Founders, quoting Thomas Paine often, which infuriated some Tory establishmentarians, who saw things as settled while American conservatives like Reagan saw things through a revolutionary lens. Reagan saw his revolution being informed by the principles of anti-establishmentarianism, but he never set out to become the next Reagan.

Trump clearly looks to Reagan and Lincoln for the Enlightenment figures and philosophy, so credit is where credit is due, but there’s a clear distinction between the Gipper and the Donald. Reagan got his philosophy directly from the source material – Paine, the Founders, John Locke.

Henry Olsen, a neo-con who recently wrote a book arguing that Reagan, during his presidency, supported Franklin Roosevelt’s big-government New Deal more recently wrote a piece for NBC News with the provocative and confusing headline that “Most Republicans Wish They Were Like Reagan. Trump Actually Is.” The first part is true, the second not so much. By Olsen’s sophistry, Trump is Reagan, and Reagan is FDR. So Trump is FDR?

There are a few similarities, granted: both Reagan and Trump went into 1600 Pennsylvania Avenue with a promise to clean up the federal government, and clean up D.C., and clean up the establishment that reeked the capital. In that way, they are similar. But Jimmy Carter was elected along the same lines, as was Thomas Jefferson and Andrew Jackson. Reform is a time-honored political promise.

But for everything similar, there are many differences. Reagan was a unifier of the party. Trump, not so much; he always had establishment Republicans against him. Reagan was forever recruiting. At the 1980 Republican convention, Governor Reagan called on not just Republicans but Democrats and Independents to join his “community of shared values.” Reagan did this often in his political career, seeing the stitches on the pitched baseball long before most others. Reagan was a reader, following the advice of his mother, Nelle, who years earlier had inscribed a Bible to him with a passage noting that as long as he had books, he would never be alone. Trump has famously said he does not read books, preferring instead to get his information from television.

Much had been written and said about Trump’s and Reagan’s dissimilarity that does not need to be repeated. Trump’s questionable conservativism insures that. Reagan once said, “You can’t be for big government, big taxes and big regulations and still be for the little guy.” Would Trump be comfortable issuing a similar statement? Still, many of Reagan’s issues prevail in the GOP—tax cuts, strong national defense, pro-life--- which is further evidence the party is still his party.

Yet a president is more than his policies. A president is made with his administration and his demeanor. The great historian Jon Meacham recently said the presidency does not improve character, but only magnifies it. Reagan attracted good men and women to his administration. Richard Nixon and Lyndon Johnson attracted bad men and women to their administrations. Reagan was a good writer and as a result, attracted the best speechwriting department in the history of the presidency, save possibly JFK, who had Ted Sorensen.

There was a reason Ronald Reagan was called “The Great Communicator.” He greatly communicated because he communicated great ideas. He said this as his time in Washington was drawing to a close. He went out with the same grace and dignity which he entered the Oval Office. This meant more than just talking clearly to the American people. Communicating greatly was about respect for the American people. He was a jokester, but only when appropriate. He never would have said anything debasing women, or making fun of someone’s stature or looks, or even going on tirades against the media, even if they deserved it. The thought that Reagan would brag about his sexual conquests is simply and morally impossible.

So, Trump is not Reagan, and that surely doesn’t mean Trumpism is the new ideology of the GOP. Considering the president’s current polling among Americans – one recent NBC poll has his disapproval at 58 percent, an increase – it’s hard to say there will be a legacy at all. An administration is defined by its successes and failures. If you have more successes, you’ll be written favorably in the history books. If you don’t, well, then you’ll be in the list of forgotten or unlucky presidents like James Buchanan and Rutherford B. Hayes.

President Trump hasn’t had many successes, to date. Granted, it’s been less than a year in the administration, but often the first year is the most important, as it will set the tone for the remaining three. Healthcare reform failed. Immigration reform hasn’t gone anywhere, and in fact, states are suing the administration against the ruling on sanctuary cities. The media is still focused on what happened before the election, much less what’s happening now. The economy is in great shape, but he’s not getting any credit for it because he and his administration are not taking any credit for it.

The Republican Party is often called the Party of Lincoln. As a founding member of the modern GOP, Lincoln also embodied the conservative ideal of individuality and freedom. He’s continuously ranked among the best of the American presidents for this, and Reagan’s standing is similarly high for these reasons. Abraham Lincoln and Reagan complement each other. Reagan supported freedom and those suppressed by foreign governments; Lincoln supported freedom and those suppressed by his own people. The expansion of freedom has been the organizing principle of the GOP since the time of Jefferson.

Trump’s presidency so far, on the other hand, is very much an irregularity from typical conservative and Republican thought. If things continue the way they have for the last 11 months, there won’t be much of a presidency to look back to. Forgetful like Franklin Pierce or Millard Fillmore? Perhaps so.

The GOP is dead. Long live the GOP. Oddly, the Republican Party is in the majority---for the time being---but few can say what it stands for anymore. It used to stand for “maximum freedom consistent with law and order,” as Ronald Reagan declared many years ago. Now, who knows?