Craig Shirley
|
Posted: Sep 29, 2017 9:53 AM
Share   Tweet
The opinions expressed by columnists are their own and do not necessarily represent the views of Townhall.com. 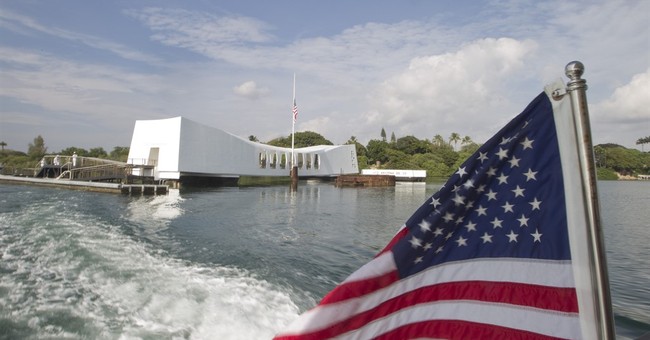 This column was co-authored by Scott Mauer.

Carl Cannon’s new book, On This Date, should be on the desk of every school child in America. It is that good and that original and that interesting. History comes alive under Cannon’s tender ministries.  Though a great resource for children, it is just as edifying and engaging for adults.

A distinguished journalist and author, Cannon always has had the knack for clear, concise, and intelligent reporting. His daily Morning Note on RealClearPolitics always can help catch the reader up on breaking news. It takes no more than a few minutes to read, and is a nice substitute for other outlets whose once fact based morning reports have been subsumed by intrigue and opinion bias.

Take Cannon’s Morning Note, and expand it to a book for historians, and you have the spectacularly well-done On This Date. Those who want a quick and fun lesson in history should look no further than this. On This Date is exactly what any history lover may want. Each date has one or two pages of an anniversary that happened in US history, from the Mayflower landing all the way to the 2016 election.

It totals 414 pages, which is remarkably succinct for summarizing 365-days worth of American history.

Cannon chose each of these dates importantly. The September 11, 2001 attacks were not glossed over; quite the opposite, as the entry for that day is titled “This Changes Everything.”  The Pearl Harbor attacks by the Empire of Japan on December 7, 1941 are also covered. Those are almost obligatory to cover.  You can’t talk about the sweeping history of America without mentioning those events. But yet, even within disasters like Pearl Harbor, Cannon tells us of more obscure figures or events, such as the tale of Lieutenant Kazuo Sakamaki, the first prisoner of war in the U.S. who was captured after failing to kill himself in his minisubmarine in Hawaii.  It is a fascinating minute detail in the grand picture of the day.

Besides the obligatory events of American history – 9/11, Pearl Harbor, the Battle of Gettysburg and Pickett’s Charge –On This Date tells us of the relatively unknown. Turn to a random page, and you’ll see that on July 24, 1984, a nine-year old girl in Rosedale, Maryland was found murdered, which eventually lead to the false arrest of Kirk Bloodsworth, who, despite being innocent of charges, was convicted and sentenced to death (he was released in 1993 after DNA proved he was not the killer).

Whether it’s the big or the little, each event on each page narrates America’s identity. It does not shy away from shameful history (Bloodsworth’s conviction is but one example), nor does it portray the United States as the Big Bad Guy that many want. It’s neither a glorifying hagiography of our country nor is it a damning hit-job, but factual retelling with both the good and the bad.

Cannon’s book is as consumable as the the little tear-off calendars that you may find on someone’s work desk, yet never lacking in depth of substance. Except instead of spiritual or inspirational quotes, you’ll find true historical facts. It’s a great conversation starter or even a small break from the soundbites in the news. For example, the day of writing this review, we can quickly turn to the corresponding page and learn that in 1963, a bomb went off in Birmingham, Alabama’s 16th Street Baptist Church, killing four black schoolgirls. The entry – only a page long – paints the graphic picture and includes details that bring you to that time and place. “They are killing our children!” yelled a mother. Cannon doesn’t sacrifice details for the sake of brevity, a rare gift when writing history.

Pick it up when you have a moment. Read it at your leisure. You’ll inevitably learn something new about what makes the United States the most distinguished country on earth.  We may have a short history compared to France or England, but it’s more rich, exciting, and dramatic that any other.