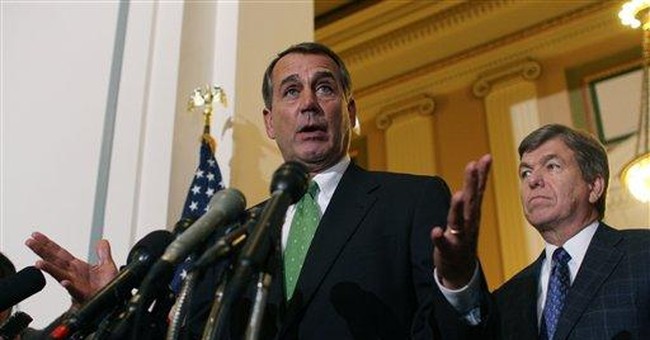 As the Beach Boys once sang, today is the day for heroes and villains.

The heroes are those brave and honorable 133 House Republicans who stood on principle, up to enormous pressure and scathing criticism and voted against the monstrous attempt by government to socialize yet another portion of America.

Public enemy number one is Henry Paulson and his astonishing attempt to rewrite the Constitution by taking the revenue powers of the House and reassigning them to Treasury. Paulson is a creature of Wall Street, having made millions. Strike One. He learned his politics from Richard Nixon. Strike Two. He went to an Ivy League school. Strike Three.

Other villains include the ethically-challenged Barney Frank and the Mensa-challenged Nancy Pelosi. But they are collectivists and we really can’t blame them. We can be disappointed however, with some Republicans who faltered in the face of pressure from the elites.

Disappointments are John Boehner and Eric Cantor who conservatives had hoped would lead this charge.

President Bush? He’s simply not a factor, having been given bad advice for years and having been pummeled---often unfairly---by ultra-partisans of the left. He looks tired, haggard, like a man who is biding his time until he can go back to Crawford.

John McCain has misplayed this issue but he still has time to recover, if he ignores the bleating of K Street and Wall Street and refuses to be a part of this sham. Obama’s plan is obvious. He will steer clear of the bill, vote for it if it looks like it will pass, but then rail against it and drop rocks on it from an overpass like any other juvenile delinquent.

Several of the heroes and heroines who come to mind including my old friends, Duncan Hunter, Connie Mack and Scott Garrett. Other included Marsha Blackburn, Marilyn Musgrave and Michelle Bachmann, whose true beauty lies in their integrity and intellect.

Other heroes are the stalwarts of talk radio---Rush Limbaugh, Laura Ingraham, Mark Levin and Sean Hannity, who as conduits from the people to Washington, performed a vital service for the American citizenry and conservatives in Congress.

Each remembers the refrain of Reagan: “No arsenal is so formidable as the will and moral courage of free men and women.”

The Founders wanted the House to be the safeguard of the people over that of the elites. Yesterday, the House---helped by conservative talk radio---lived up to the promise of the Founding Fathers. The Founders knew the wisdom lay in the many everyday people and not the few elites.

In the next two days, conservatives need to get on the high road and not make this about whether Nancy Pelosi is a mean b----- (that goes without saying) but instead formulate their own proposal that protects the American worker who supports this government---a plan that protects the productive members of society---not those who have abused it---both the elites at the top and the predatory borrowers at the bottom.

Predictably, they will be tagged with the “greed” smear but indeed, if anyone can be accused of greed, it is those who want the filthy hand of government to pick the pockets of everyday Americans to insure that no stock trader is left behind.

In all likelihood, they will lose in the end. But they will not lose their principles and as my friend Richard Viguerie correctly calls this a “Panama Canal moment” they may well be laying the groundwork for a resurgent and revived conservative movement.