Morning Dawns Over the Silly Season 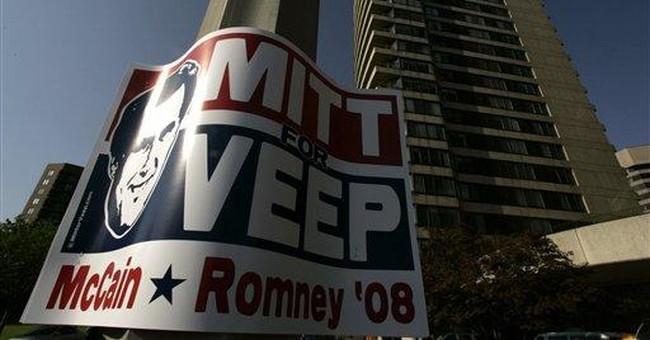 Every four years, the sun dawns over the “silly season” of pre-convention blather in Washington, centered mostly, on which of the prospective candidates for the vice presidential slot seemingly makes the most sense.

Inevitably, the conversations are dominated by those who know the least and have the least experience in campaigns come up with the lamest reasons why a given party’s nominee ought to nominate so and so, the more gimmicky, the better.

As the parties have become more polarized, thanks in part to Barry Goldwater in 1964 and George McGovern in 1972, the tickets have become closer ideologically. Still, the GOP has its more conservative elements and its more moderate elements. Think Club for Growth vs. Ripon Society. The Democrats meanwhile have Moveon.org Vs. the “Blue Dog Democrats.”

John McCain and Barack Obama are no different, getting an unwanted earful emanating form the cacophony of absurdity from the punditry classes at the local drinking salons of Washington, on cable television and the Internet.

The possibility that Hillary Clinton might have won the Democratic nomination led some Republicans to argue for picking a woman for the GOP ticket, the evident reason being to out-pander the Democrats.

Obama does not have the problem of McCain, given his status. He simply needs to pick a boring white guy who is seen as incorruptible, stable, a family guy. Think Evan Bayh.

But now that Obama is on his way to the Democratic nomination, the woman talk has died down in the GOP though it set off a mad scramble to find an African-American to go on the GOP ticket. Problem is, they are in short supply these days in the Republican Party. So the next best thing the panderists thought was Governor Bobby Jindal of Louisiana. Jindal is a conservative, a Brainiac, and is also only about 12 minutes older than the constitutional age limit for the office. The panderists liked him though because he is a minority, of Indian descent. (Not that Indian, the other Indian.)

Give him a couple of years to mature, though, and he will be one of the GOP’s most interesting leaders along with Gov. Sara Pallin of Alaska. Tough, smart, anti-corruption---which is sorely needed in the criminal enterprise that passes for a political parties these days.

Others still argue for former Massachusetts Mitt Romney of Massachusetts, suggesting he would bring the conservative movement with him. This argument identifies McCain’s problem but Romney may not be the solution.

McCain has yet to unify the conservative movement that is not a wing of the GOP but the glue that holds it together. Conservatives have been battered and bewildered by eight years of betrayal, of Rovism, of Bushism and many are openly discussing the possible strategic advantage of losing in November and having a government dominated by extreme left wing liberals as a means of rebuilding populist conservatism.

The idea of picking Romney begs the question, if Romney was the darling of conservatives, then why didn’t he get the nomination in the first place? Is it possible that grassroots conservatives have become choosy shoppers, having been told by Bush that he was one of them but then went and behaved like those other guys?

Upon scratching the surface, conservatives found out Romney supported mandates in Massachusetts, antithetical to people who believe Freedom is their organizing principle.

Within several minutes of announcing for president, Romney flipped, flopped, and then did a triple summersault on the Second Amendment, on abortion, on immigration, on the odious McCain-Feingold, and other issues.

His boosters say his business background is a plus but as anyone who watched “Citizen Kane” can tell you, it’s easy to make a lot of money when you inherit a lot of money.

Even the talking heads don’t say that Romney will bring along the Commonwealth of Massachusetts. Having a son at college in Boston, I can attest that it is very similar to Beijing, only more repressive, but cleaner.

Some tried the Michigan argument because his father was governor there when Lyndon Johnson was President!? What? That is so last century.

In fact, the only running mate who ever delivered a state was Johnson, in 1960, and anybody who has been in politics for more than 15 minutes knows LBJ and his cronies stole the state. No running mate in the modern era ever delivered their home state.

For McCain, Romney ambition reminds many of what my old friend Lyn Nofziger said of Don Rumsfeld going on the ticket with Ronald Reagan in 1980. “Rummy would be fine, but you realize we’ll have to hire a food taster for Reagan!”

Romney is a fine man and has a very attractive family, but what McCain needs is a ticket of two stable adults to offset the perceived immaturity of Obama. McCain needs to unify his party while communicating seriousness to the American people.

He needs to look outside of Washington for someone unsullied by the unprincipled GOP. A stable, reformist conservative with a track record of walking the walk and not just talking the talk.

There are still Americans who believe the presidency is serious business and how a nominee picks his running mate is the first act in which he can communicate to the voters that he is serious about the business of the presidency.