Restoring the Consent of the Governed Through Regulatory Accountability

Congressman Keith Rothfus
|
Posted: Jun 20, 2016 4:02 PM
Share   Tweet
The opinions expressed by columnists are their own and do not necessarily represent the views of Townhall.com. 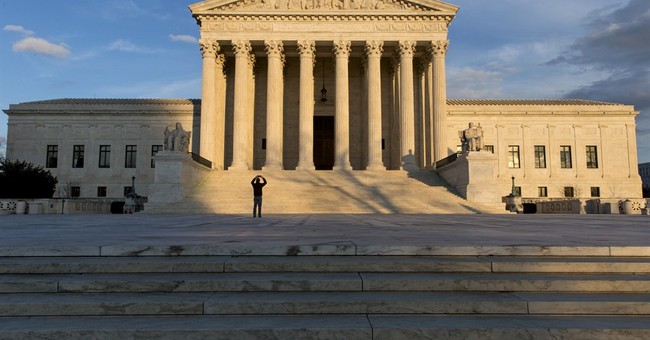 Every American student learns that our government has three branches: legislative, executive, and judicial.  The legislature makes the law, the executive enforces the law, and the judicial branch adjudicates disputes arising under the law.

In recent decades, however, there has been a dramatic shift in lawmaking power away from the people’s representatives in Congress to unelected and unaccountable bureaucrats in the executive branch.

The House’s new policy reform agenda to address this, “A Better Way,” cannot come soon enough for the farmers, miners, consumers, and power plant workers I represent in Western Pennsylvania.

People like a father of three young children who until last December had a solid, family-sustaining job in the coal industry.  He lost that job, and he wants to know why Congress could not stop the regulations that stole his family’s livelihood.

Then there are the consumers and families that Washington's financial control law, Dodd-Frank, is hurting. Prior to Dodd Frank, 75% of community banks offered free checking; by 2015, it was down to 37%.  Ten dollars a month may not seem like a lot to Washington bureaucrats who make six-figure salaries, but it is to the 75% of American people living paycheck to paycheck.

Added to these consumers are the many stories that I’ve heard from local community bankers – not Wall Streeters - who are limited with how they can make a small business loan to a promising startup or a mortgage to save a family homestead.

Regulations also forced the Little Sisters of the Poor, a group of nuns who serve the elderly poor, to go all the way to the Supreme Court in order to protect their religious freedom. Some Washington bureaucrat thought it was a good idea to mandate that these religious sisters facilitate providing abortifacient pills to their employees.  Notably, it was not the Affordable Care Act that required this practice, but bureaucrats who exploited the ACA’s loose terms.

The so-called experts in Washington who continue to churn out regulations without accountability are hurting millions of Americans.  Those Americans want the people from their area – their representatives – making the laws, not the bureaucrats who live in a far off capital.

This debate over self-government is not new.  Thirty-five years ago, Ronald Reagan noted that “[f]rom time to time we’ve been tempted to believe that society has become too complex to be managed by self-rule, that government by an elite group is superior to government for, by, and of the people.” Reagan rejected that premise, and so should we.

Among several proposals that would restore the Founder’s vision of self-government, the REINS Act is critical. It would require Congress to approve any regulation costing more than $100 million.

To be clear, restoring Congress’ lawmaking role through initiatives like the REINS Act will not end regulation. It will be the beginning of accountability for regulation:  representatives can vote to approve good regulations or vote against bad ones. And if the representative makes the wrong decision, the people can correct that, at the ballot box. That’s what self-government is all about.