What Happened to the First Amendment?

Congressman Francis Rooney
|
Posted: Jul 04, 2017 12:01 AM
Share   Tweet
The opinions expressed by columnists are their own and do not necessarily represent the views of Townhall.com. 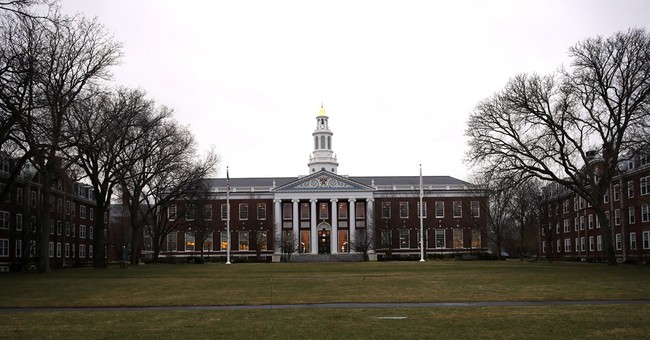 Our First Amendment right to free speech is under assault on many college and university campuses around the country.  Under the guise of protecting students, the freedom to express views not deemed acceptable to an intolerant, judgmental elite is being attacked and denounced by students, professors and, in many cases, administrators.

Protection from what?  Safely ensconced in the artificial, surreal atmosphere of the campus, far away from the harsh realities of life, buttressed by the excessive financial beneficence of hard-working American taxpayers, these close-minded liberals have the intellectual arrogance to think they should decide for all of us which ideas are to be heard and which are not.  This reeks of totalitarianism, which always creeps in gradually until it takes root in a country. In the Road to Serfdom, Friedrich Hayek describes how the threat of totalitarianism in Europe in the 1930s was foreshadowed by society “moving away from the basic ideas on which European civilization has been built” and how the post-war welfare state, like what we see on campuses today, “extinguishes and stupefies a people.” We have all lived this sad reality before, which took World War II and then the Cold War to dismiss.

Modern day American colleges contradict the original concept of what a university should be. From their medieval beginnings, universities were venues for promoting free exchange and rigorous debate of ideas. In fact, the idea of academic freedom originated in the 12th century, when the Constitutio Habita established the University of Bologna as an institution where research could be conducted independently.

The example set by the University of Bologna spread throughout Europe, and contributed to the development of many ideas by influential people who could freely discuss controversial new theories and concepts. Without the protections of academic freedom in these early institutions, we may not have benefitted from great minds, such as Copernicus and Galileo. Today’s generation of great young minds like these could be stifled and sabotaged if radicals continue silencing ideas they don’t agree with.

Colleges use different methods to suppress free speech. One such example is “free speech zones” on campus, the mere idea of which is incomprehensible in the United States.  These zones are specifically delineated areas on a campus where “free speech” is allowed, which of course turns the words “free speech” into an oxymoron. This transforms an absolute truth, a right guaranteed under the Constitution, into a negotiable, transient morsel of policy. I wonder which of our constitutional liberties will be next.

In an ironic case at Kellogg Community College in Michigan, students were arrested for handing out copies of the United States Constitution without the administration’s permission. How incredible is this? In their greatest hopes, Marx and Lenin couldn’t have been bold enough to conceive this.

Cancellation of conservative speakers and events on campus has become another method for constraining freedom.  Following protests and sometimes riotous behavior by scripted, biased students and faculty, many administrators and Boards of Trustees seem to prefer acquiescence and political correctness to confrontation, willing to accept the connected erosion of freedom.

In 2014, protests by leftist students at Rutgers caused former Secretary of State Condoleezza Rice to cancel a commencement speech. Secretary Rice is an individual with a life story of persistence and achievement like none other, and she epitomizes the American Dream. This year, violent student riots at the University of California-Berkeley caused the school to cancel a speech by prominent conservative Ann Coulter. So much for colleges fostering an environment for free debate and expression.

Further, many college professors seek to indoctrinate and discourage free debate in classes, leading to groupthink- the phenomenon where the desire for conformity replaces rational thought. Conservative opinions are routinely suppressed in the classroom, and many students hesitate to voice their thoughts in fear of failing assignments. Studies by the Higher Education Research Institute show that the percentage of self-identifying liberal professors has grown since the 1990s. In 2014, their research showed that 60 percent of college professors identified as liberal, 30 percent as moderate and only 10 percent as conservative. This lack of ideological diversity in academia undermines the free exchange of ideas and turns the classroom into a propaganda machine. No wonder so much has been written and discussed about the lack of critical thinking skills in younger Americans.

Colleges and universities that refuse to respect and enforce our laws and Constitution should not be subsidized by United States taxpayers. If schools want to go it alone, free of taxpayer money, they can and should say and do what they want, but if these institutions expect government funds, at a minimum they should be required to follow the Constitution, by which all citizens are expected to abide.

Not all colleges have succumbed to political correctness. In 2015, Purdue University President Mitch Daniels wrote clearly and courageously about the need to protect academic freedom and individual liberty on campus. In 2016, John Ellison, dean of students at the University of Chicago, sent an email to incoming freshman defending academic freedom and free speech while denouncing the politically correct invention of “safe spaces.”  More institutions of higher education should follow the lead of Purdue and Chicago instead of Berkeley and Rutgers.

The real world doesn’t recognize “safe spaces.” Colleges and universities that promote them are committing educational malpractice, failing to prepare students for life beyond the cocoon of campus.  Higher education should be a platform for the peaceful exchange and debate of ideas, where learning occurs from having one’s beliefs challenged and having to defend them. This is what the original university was all about. In so doing, the American ideals embodied in the Bill of Rights will be championed, not compromised. We will gain a generation of graduates who can think critically, accept differences of opinions, and assure that our hard-earned freedoms are cherished and nurtured in America.