Colin McNickle
|
Posted: Oct 20, 2018 12:01 AM
Share   Tweet
The opinions expressed by columnists are their own and do not necessarily represent the views of Townhall.com. 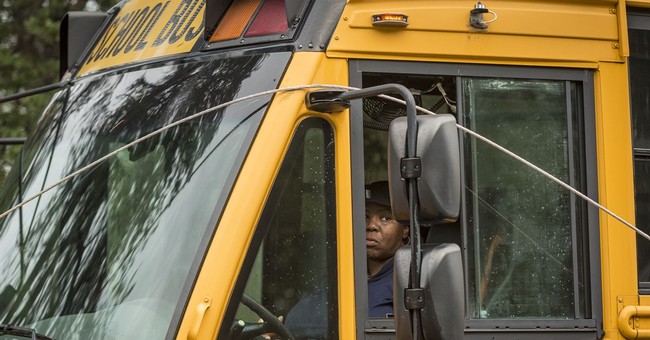 Indeed, there can be concrete benefits to consolidating local school districts in Pennsylvania. But operational concerns – contractual, economic and, to some, even parochial -- stand to trump any rush to future mergers, concludes a new analysis by the Allegheny Institute for Public Policy.

“Given past experience, consolidations in Pennsylvania seem very unlikely,” says Eric Montarti, research director at the Pittsburgh think tank (in Policy Brief Vol. 18, No. 39). “(F)ew consolidations occur because there are deep-seated local objections and serious economic reasons for not pursuing” them.

By 1972, the Keystone State’s 2,506 districts had been whittled to 528. Those acts eventually paved the way for a reduction to 501 districts.

The current statutory language on “combination of school districts permits two or more school boards to pass resolutions indicating a desire to combine.” The state Board of Education then rejects or approves the request, with recommendations.

That’s how Pennsylvania’s last school district consolidation was effected a decade ago.  Monaca and Center in Beaver County combined to form the Central Valley School District, reducing the commonwealth’s public school districts to 500.

That, however, was not for others’ lack of trying.

As a study by the education advocacy group EdBuild reminds – which recently examined the consolidation laws of all 50 states – three Allegheny County districts (Clairton, Carlynton and Moon) sought mergers between 2011 and 2014 but could find no willing partners.

That said, Allegheny County has two districts where part of the education program has been shuttered and students assigned to different districts.

“This occurred in the Duquesne School District and more recently in the Wilkinsburg School District,” Montarti notes. “These occurred outside the current combination law.”

When it comes to consolidations, Act 141 of 2012, which governs districts’ financial recovery, “refers to intra-district functions rather than consolidating a financially troubled district with a solvent one,” Montarti reminds.

There have been suggestions over the years that Pennsylvania transition to countywide school districts, a la neighboring West Virginia and Maryland, to name two.

And following a 2007 Pennsylvania-centric study that considered the “optimal” student census for such districts – 3,000 per to reach the required economies of scale – the governor at the time suggested there be no more than 100 districts, a mixture of countywide and multi-municipal districts. The plan, however, had no legs.

But, in practice, a quartet of roadblocks persist.

“First, there are union contract differences (including pay scales, work rules, pension and other benefits) that can lead to impossibly difficult mergers of the workforces,” the think tank scholar says.

“Second, school board membership post-consolidation could be extremely problematic, particularly if the districts are very different in size,” Montarti adds.

The third issue could be the possibility of different tax rates and debt levels that could, and likely would, be an impediment to mergers.

And fourth, lest it be forgotten, school districts can be and often are a source of local identity for many communities, “especially with athletics and team loyalty,” he reminds.

“Those obstacles to consolidation have been in play and have largely forestalled voluntary consolidations,” Montarti concludes. “And they will be in the forefront in any debates over proposed legislation to mandate consolidations,” should such a scenario come to pass.