Colin McNickle
|
Posted: Jul 28, 2018 12:01 AM
Share   Tweet
The opinions expressed by columnists are their own and do not necessarily represent the views of Townhall.com. 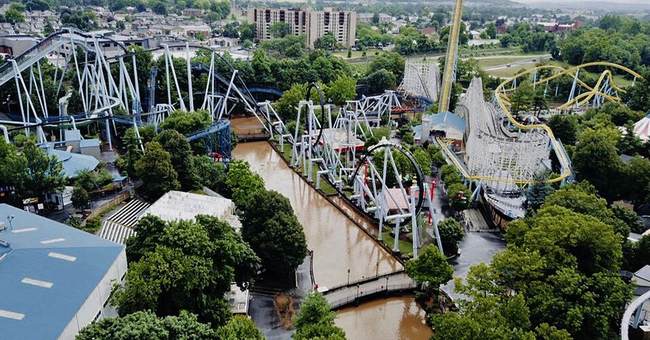 Average annual economic growth in the United States and Pennsylvania has settled into a much shallower arc since 2000, says the president of the Allegheny Institute for Public Policy.

And while there are some signs of national economic growth possibly returning to normal historical levels over time, the Keystone State will have to work much harder to keep up, Jake Haulk says (in Policy Brief Vol. 18, No. 28).

First, a bit of that history:

The nation’s real gross domestic product (GDP) grew at an annual rate of 3.2 percent in the 20-year period ending in 1990. It was a remarkable feat considering the economic downturns of the 1970s and two recessions in the early 1980s.

In fact, between 2007 (the pre-recession high point) and 2016, real GDP climbed at the slowest rate for a comparable time frame in the modern era – posting an annual average rate for those nine years of just 1.3 percent. And post-recession gains from 2010 to 2016 were much slower than in post-recession growth in the 1980s and 1990s of 4.4 percent and 3.7 percent, respectively.

“(I)t is important to note that the commonwealth lagged behind the pace of U.S. GDP gains in each period,” says Haulk, a Ph.D. economist. “What’s more, from 1990 to 2016, the nation saw real output expand by 84 percent while Pennsylvania grew only 63 percent, making the national gain over the period 33 percent faster than the state’s.”

Much of the blame for the overall GDP growth anemia can be laid at the feet of government – from the interventionism that led to the subprime mortgage mess, to massive increases in healthcare regulations, to mandates and costs imposed on businesses and individuals, to environmental strictures and labor relations.

Which, of course, acted as a governor on new business formation, expansion and hiring during that period.

All that said, there is cause for optimism. To wit, manufacturing jobs have posted gains both nationally and in Pennsylvania beginning in the second half of 2017; that trend continued through this past June. The U.S. level in June 2018 is the highest since December 2008 while Pennsylvania’s June count is the highest posted for the month since June 2008.

“The abrupt slowing in the U.S. long-term growth rate -- as measured by growth over 10-year spans -- that began in 2008 appears to be showing signs of being replaced by a possible return to more normal historical levels but it will take some time to make up for the prolonged weakness,” Haulk says.

“The business-friendlier regulatory and tax climate recently put in place should prove extremely beneficial in fostering a sustained strengthening in the economy.”

But, he adds, “Pennsylvania will need to do far more than it has been able to do in the past to keep up with U.S. trends in output and employment. Regulations, labor laws and taxation that inhibit business expansion must be addressed.”