Colin McNickle
|
Posted: May 31, 2018 12:00 PM
Share   Tweet
The opinions expressed by columnists are their own and do not necessarily represent the views of Townhall.com. 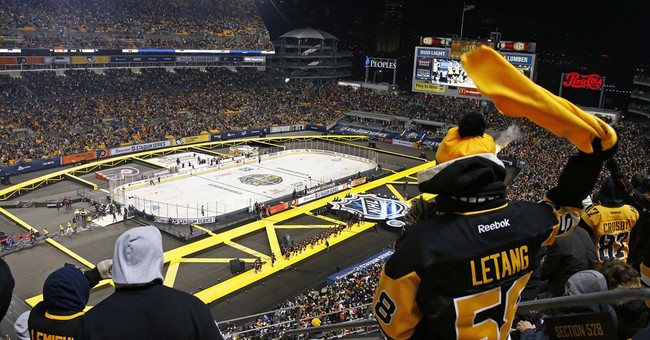 There it goes again. The American Lung Association (ALA) is out with its annual “State of the Air” report. And, true to form, it plays fast and loose with the facts to once more smear the air quality in Greater Pittsburgh as the eighth worst in the country for particulate pollution.

“The Lung Association’s latest report, and the headlines that immediately followed, give the impression that air quality in the Pittsburgh area has gotten worse over the last few years,” say Frank Gamrat, senior research associate, and Jake Haulk, president of the Pittsburgh think tank.

The EPA has set the “critical level” of particulates at 12 micrograms per cubic meter of air to protect asthmatics, children and the elderly. That level is set at 15 micrograms when it comes to protecting visibility and damage to animals, crops, vegetation and buildings.

It must be noted that as air quality has improved, the EPA’S critical threshold has changed dramatically since the Clean Air Act went into effect in 1971. Then, the critical levels were 75 and 60 micrograms, respectively, calculated on an annual geometric mean.

“The point being that the standards have been tightened over the years to reflect the major improvements in air quality” nationwide and locally, Gamrat and Haulk note.

Indeed, the ALA, while ranking the Pittsburgh region eighth out of 187 metro areas for annual particulate pollution, notes that the region’s overall air quality has improved since 2000, a detail left out of some media reports.

But the ALA also cherry picks the data to misrepresent the facts.

“Amazingly, the Lung Association’s report assigns Allegheny County a failing grade on its particulate matter levels due to the readings at the Liberty (Borough) monitor,” the think tank scholars say. “The other seven monitors and their eight readings were well in compliance, averaging 9.6 particles per cubic meter.”

That made the county the only one of 12 to receive a “fail” from the ALA.

But, “Even at the offending monitor the levels are just above the critical level – a critical level that had been lowered five years ago,” Gamrat and Haulk remind. “The smear campaign is unjustified and does not reflect the progress the area has made in improving its air quality.”

And that has a cascading effect.

“How much money will the folks charged with trying to attract businesses have to spend to offset the annual barrage of misleading news about the area’s air quality?” the Allegheny Institute scholars ask.

“What will Amazon think? Presumably it and other companies are smart enough to have studied the Lung Association’s rating system and found it to be flawed.”