Colin McNickle
|
Posted: Oct 11, 2017 10:57 AM
Share   Tweet
The opinions expressed by columnists are their own and do not necessarily represent the views of Townhall.com. 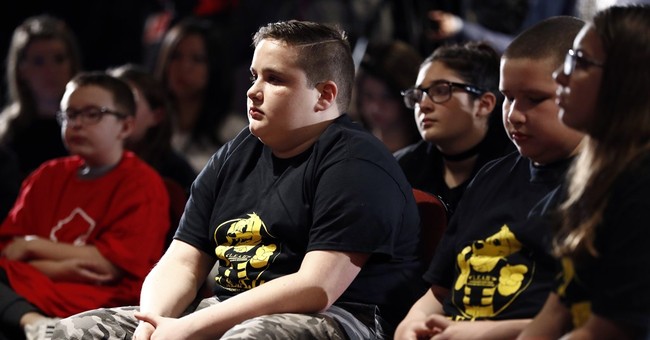 Should Pennsylvania increase its level of funding for public school districts so that less wealthy districts with low property values are on par with high property wealth districts?

Should school district property taxes be abolished and those revenues replaced entirely by the state on an equalized basis or some other “equitable” formula?

Should the General Assembly adopt anew provisions of a decade-old “costing-out” study and raise the revenue to implement it?

These are among the critical questions likely to be argued when the Commonwealth Court re-hears what still could prove to be the seminal case regarding education funding in the Keystone State, say Eric Montarti and Jake Haulk, scholars at the Allegheny Institute for Public Policy.

“Could,” however, remains the operative word.

It was on Sept. 28 that the state Supreme Court, a year after it heard oral arguments in William Penn School District v. Pennsylvania Department of Education, remanded the case back to the lower appellate court.

“This ruling has the potential to create enormous problems for the Legislature and uncertainties for taxpayers,” say Montarti, a senior policy analyst, and Haulk, president of the Pittsburgh think tank (in Policy Brief Vol. 17, No. 41).

The Delaware County district and others (in addition to two statewide associations and parents) claimed the commonwealth abrogated its constitutional responsibilities to provide for the maintenance and support of a thorough and efficient system of public education.

Commonwealth Court, in April 2015 and citing the separation of powers doctrine, said the courts are not competent to set such a standard without infringing on the Legislature’s policymaking role.  The Supreme Court disagreed. It said the plaintiffs should at least be given the chance to attempt to make their case.

But all of the funding options likely to be broached have shortcomings, Montarti and Haulk say.

“The General Assembly would likely oppose an order from the court instructing it to increase state funding or end local funding and would almost certainly appeal,” they remind. “And who knows how long the court proceeding would take.”

Wealthier school districts, citing the need for local control, thus far have resisted and likely would continue to resist shifting away from local property taxes, the think tank researchers add.

As for that “costing-out” study, Montarti and Haulk remind it was “methodologically crippled.” To wit, this perversion:

“What is to be done about those districts? Even more state dollars?” they ask. “Where and when does concern for the benefit taxpayers receive from spending begin to play a role in the discussion about funding?”

The researchers say there has been too little attention paid to the fact that spending levels do not necessarily correlate to academic achievement. Or as the Commonwealth Court’s original decision put it, “expenditures are not the exclusive yardstick of education quality, or even constitutional quantity.”

The bottom line question, Montarti and Haulk note, is that in Pennsylvania’s bifurcated funding source system and substantial local control, “who will decide, and on what basis, how to ensure (an) equal level of educational opportunity if the main criterion is money spent per student?”

But given the political realities surrounding local control, the Allegheny Institute scholars say changing Pennsylvania’s system of funding public education cannot be anything but “a messy, drawn-out and expensive process.”