Colin McNickle
|
Posted: Jul 31, 2017 12:00 PM
Share   Tweet
The opinions expressed by columnists are their own and do not necessarily represent the views of Townhall.com. 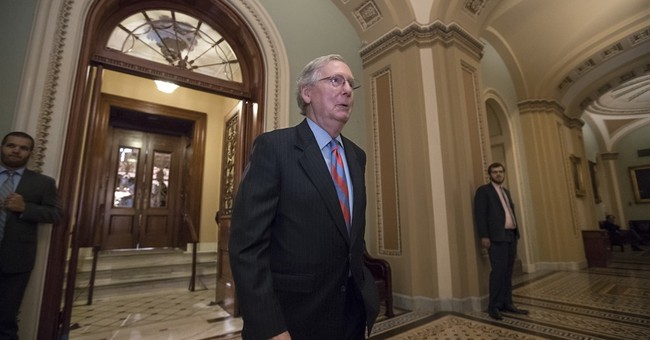 More than half a billion dollars in new taxes, including a double nose-thumbing to one of the commonwealth’s leading economic growth engines and, not to forget, a most dubious borrowing plan.

That’s the gist of the Pennsylvania Senate’s odoriferous plan to balance the state budget. It is a plan that brings to mind a most apropos quote from one Publius Cornelius Tacitus, the great Roman orator: “Reason and judgment are the qualities of a leader.”

Given that this budget plan by the Republican-controlled upper chamber is so bereft of reason and so lacking in judgment – anathema to sound public policy – the word “leadership” cannot be applied.

The Senate’s plan to close a $2.2 billion hole in a $32 billion spending plan not only includes a severance tax on top of the already existing impact fee but consumer consumption taxes (technically a gross-receipts tax) on natural gas, electric and telecommunications bills.

Talk about economic perversion. The additional layer of taxation on the shale gas industry – a $100 million or so annual drain -- likely will result in less drilling, less production and fewer jobs, resulting in lower tax collections.

Additionally, the higher impost on utility bills – a $405 million shakedown -- likely will result in reduced consumer consumption. That not only stands to reduce projected tax receipts but also to spark a glut of gas that will lead to lower prices for producers that will – what, class? – lead to lower tax receipts.

And how does one count the intellectual perversion? In myriad ways.

But this choice would not have been “tough” for true fiscal conservatives: state government spending remains out of control; freezing spending would have sent a strong message to taxpayers that at least a modicum of fiscal responsibility had returned to Harrisburg.

Cutting spending would have been better.

Corman amazingly conceded to reporters that the shale gas industry already pays enough in taxes. But the Senate bit on a big carrot dangled on a long stick by Democrat Gov. Tom Wolf – “significant permitting and regulatory reform,” the lack of which has handicapped industry development.

The wags with whom this scrivener regularly converses are convinced that carrot will be gobbled up by political expediency and all that remains will be the same old and onerous regulatory s(ch)tick.

But, wait, there’s another sleight of budgetary hand: The Senate plan would borrow $1.3 billion from expected future revenues from the 1998 multistate tobacco settlement. Of course, taxpayers will cough up a premium – borrowing costs, by one estimate, to be $700 million over 20 years.

That’s most of the bad news. The good news, at least for now, is that the Senate measure has no legs in the House. At least that’s what House leaders are insisting.

But, it appears that leadership has given itself, and its members, more than a bit of wiggle room.

“(W)e certainly have no intentions to rubberstamp these bills,” it said.

If that means merely a wee tweak here or a little nip and/or tuck there, taxpayers and the commonwealth will be in deep trouble. If, however, it means the Pennsylvania House is ready to take a stand and begin to instill true economy into the budget, the proverbial “new day” should be embraced.