Boys in the Brotherhood 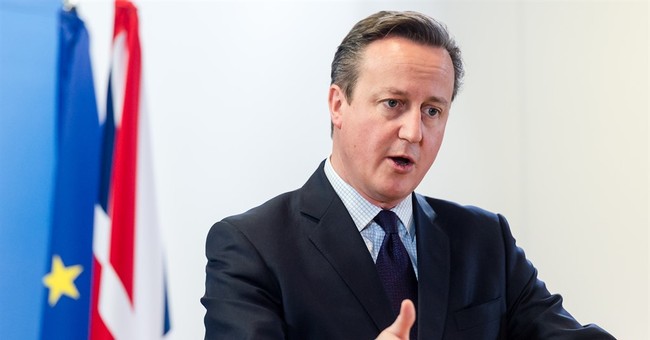 Among Western leaders these days, truth-telling is hardly habitual. So I feel compelled to give credit where credit is due: to British Prime Minister David Cameron for speaking frankly about the Muslim Brotherhood.

In April 2014, Mr. Cameron commissioned research “to improve the government’s understanding of the Muslim Brotherhood,” the international organization that maintains a particularly powerful presence in the United Kingdom. Although the full report remains classified, the prime minister this month issued a written statement to Parliament coupled with a review of the study’s “main findings.” Among them: that the Muslim Brotherhood seeks to establish “a Caliphate under Shariah law,” and that it has “a highly ambiguous relationship with violent extremism.”

Groups closely associated with the Brotherhood claim to “represent Muslim communities” in the United Kingdom. The organization also is influential within Muslim “charities and some mosques.” That’s problematic, Mr. Cameron said, because “aspects” of the Brotherhood’s ideology “run counter to British values of democracy, the rule of law, individual liberty, equality and the mutual respect and tolerance of different faiths and beliefs.”

In consequence, he went on to say, he has “made clear this government’s determination to reject intolerance, and to counter not just violent Islamist extremism, but also to tackle those who create the conditions for it to flourish.”

Note the divergence from President Obama’s approach. The current U.S. administration has steadfastly maintained that it is indeed sufficient to counter just “violent extremism” — avoiding mention of Islamism or jihadism. This has been coupled with an insistence on such “root causes” as poverty and unemployment. And grievances — one must not forget grievances. Lust for power, glory and empire — no, that could not possibly play a significant role.

To be fair: In his speech after the San Bernardino attacks, Mr. Obama did allow, for the first time as far as I’m aware, that there is an “extremist ideology” (which he still did not name) that “Muslims must confront without excuse.” He called on Muslim leaders to “decisively and unequivocally reject those interpretations of Islam that are incompatible with the values of religious tolerance, mutual respect, and human dignity.”

The British study was conducted by a committee chaired by Sir John Jenkins, former United Kingdom ambassador to Saudi Arabia, and Charles Farr, a senior counterterrorism and national security official. Its “main findings” recall that the Muslim Brotherhood was established in Egypt in 1928 by Hassan al Banna who, as its first “Supreme Guide,” instructed Muslims to reject secularism, patriotism and Westernization.

He “accepted the political utility of violence, and the Brotherhood conducted attacks, including political assassinations and attempted assassinations against Egyptian state targets and both British and Jewish interests during his lifetime.”

In the 1940s, Sayyid Qutb became the Brotherhood’s most important theorist. He promoted takfirism, the doctrine under which moderate Muslims are denounced as apostates — with apostasy being punishable by death. “Qutb’s views have at times been reinterpreted by some in the Muslim Brotherhood,” according to the study. “But they have never been institutionally disowned.”

And while some Brotherhood members “have preferred non-violent incremental change on the grounds of expediency,” they are prepared to “countenance violence — including, from time to time, terrorism — where gradualism is ineffective.”

Within the Muslim Brotherhood, especially those chapters in Western countries, there has been criticism of al Qaeda. Other leaders of the organization, however, particularly in Muslim-majority countries, “have claimed that the attacks on 9/11 were fabricated by the U.S., and that the so called ‘war on terrorism’ is a pretext to attack Muslims.”

Even in the United Kingdom, Brotherhood literature maintains that Western society is “inherently hostile” to Islam and that “Muslims must respond by maintaining their distance and autonomy. The United Kingdom-based chairman of Interpal has written openly in support of the death penalty for homosexuality and stoning to death of married men and women found guilty of adultery.” (Interpal is a Palestinian “charity”).

Douglas Murray, associate director of the Henry Jackson Society (a British think tank named for the famously anti-totalitarian U.S. Democratic senator), called the government research and subsequent conclusions “a demonstration of initiative.” He added that following up on them “will be a test of resolve.”

Surely, he argued, the “charitable status” of groups associated with the Muslim Brotherhood deserves reconsideration. “What about those individuals from the group and its affiliates who teach at universities or work in other public bodies in the United Kingdom? What about those university departments and others who have accepted money from entities associated with this organization? How can such activity possibly continue after the findings of this report, and what action will be taken retrospectively to pursue those who have engaged in such actions?”

You may be wondering: Why hasn’t the entire study been published? One theory is that it contains some startling revelations that the British government would prefer not to defend in public at present. Also (and not mutually exclusive): Attorneys for the Brotherhood have threatened “legal proceedings.” The full report might provide them with ammunition for such “lawfare.” Apparently, there are some Western practices to which the Muslim Brothers have accommodated themselves quite well.