Israel and the War of Words 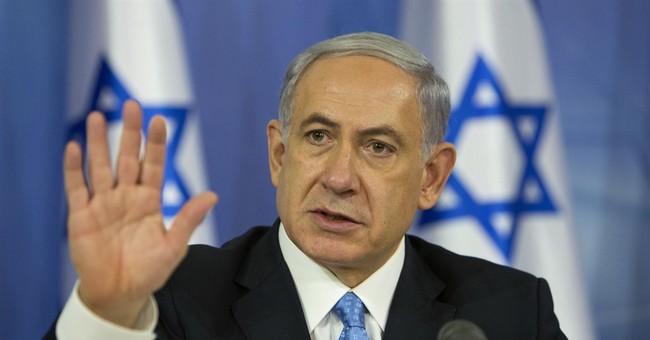 JERUSALEM – Last week, a terrorist drove his car into a crowd at a light rail station, killing a three-month-old baby. Eight others were injured, including a 22-year-old woman who died a few days later. The attacker fled the scene pursued by police who shot and killed him.

Terrorists also have struck in Ottawa and New York in recent days. So Israelis are not alone. But many feel alone -- perceiving that an increasing number of Europeans and Americans see them not as a tiny nation on the front lines in a global conflict against jihadism, but as bullies culpable for the war being waged against them.

There also was this: The Fatah movement, led by “moderate” Palestinian Authority President Mahmoud Abbas, called the vehicular terrorist a “heroic martyr” who had “executed the Jerusalem operation which led to the running over of settlers in the occupied city of Jerusalem.” If that evoked outrage in any Western capitals, I missed it.

Joshua Muravchik, a fellow at the Johns Hopkins University School of Advanced Studies, has been studying the growth of anti-Israelism. He presents his analysis in a cogent and valuable book: “Making David into Goliath: How the World Turned Against Israel.”

Start with the good news if for no other reason than there’s not much of it: Polls show a clear majority of Americans continue to support Israel, continue to believe the Jewish state has a right to exist and to defend itself.

But over the last few decades, intellectuals of the Left, academics, the UN, human rights organizations, some mainstream Protestant churches and the media have grown not just unsympathetic but, in many cases, hostile toward Israel and Israelis. At the same time, they have been indulgent of Israel’s enemies, Islamist terrorists included.

An article over the weekend in the International Herald Tribune noted that “Britain’s center-left Labour Party often sympathizes instinctively with the Palestinian cause.” Hamas -- which claimed responsibility for the murders of the woman and child in Jerusalem last week -- defines the Palestinian cause as the extermination of Israel and the murder of Jews. (It’s in the Hamas Charter. Look it up.)

If Britain’s Labour Party sympathizes with that, it is probably a learned, not instinctive, response. Muravchik notes that as recently as the 1960s, Israel was almost universally admired. Leon Uris’ “Exodus” shaped the prevailing narrative, one which saw “the founding of the Jewish state as a story of heroism, sacrifice and redemption … both just and necessary.”

Muravchik recounts how, in May 1967, Egyptian leader Gamal Abdul Nasser sent his troops into the Sinai, closed the Straits of Tiran to Israeli shipping (an act of war) and vowed that Egypt, joined by other Arab armies, would “destroy Israel … This is Arab power. This is the true resurrection of the Arab nation.”

Opinion in the West, popular and elite alike, came down firmly in support of the Jewish state. “As the crisis deepened,” Muravchik writes, “a luminous group of intellectuals,” including thousands of academics, called upon the U.S. government to help Israelis defend themselves.

When the fighting concluded, Israel had prevailed, taking Gaza from Egypt and the West Bank from Jordan, Sen. George McGovern, who would become the Democratic Party’s “peace candidate” in 1972, said he hoped Israel would “not give up a foot of ground” until the Arabs made peace.

This summer, by stark contrast, as Hamas fired thousands of missiles at Israel, anger was directed at Israel. The media focused almost exclusively on Palestinian victims – even though the Israeli Defense Forces did more than any army in history ever has to protect non-combatants, many of whom Hamas used as human shields.

How did this change come about? After the 1967 war, Israel’s enemies and critics stopped talking about an Arab-Israeli conflict. It became a Palestinian-Israeli conflict instead.

The new David was supported by the diplomatic, political and economic clout of 22 Arab states, oil giants among them, as well as more than 50 nations that self-identify as Islamic.

Another significant factor has been what Muravchik calls “the transformation of the paradigm of Leftism from class struggle to ethnic struggle.” More than half of all Israeli Jews come from families who for centuries made their homes in Muslim lands. In the 1940s and ’50, most of them were forced to flee. Nevertheless, the narrative shaped by the Left is of oppressed third world Palestinians rising against colonialist European usurpers.

Views prevalent on the Left have a tendency to “seep, albeit in diluted form, into the mainstream,” Muravchik adds. And the “anti-Israel camp does not need to win America fully to its side. Merely to neutralize it would radically alter the balance of power and put Israel in great jeopardy.” Muravchik doesn’t rule out the possibility that, should this process continue, should “Israel’s enemies succeed, the result could be a second Holocaust.”

I was looking forward to Muravchik’s thoughts on efforts to counter the rise of anti-Israelism (and the anti-Semitism now inextricably attached to it), why such efforts have fallen short, and what else might be considered by those who are anti-anti-Israeli – or even just anti-genocide. But he didn’t provide that. Perhaps he will tackle the subject in his next book. Or maybe he is leaving the task to writers of a less scholarly and more activist bent. Either way, he has made a persuasive case that such thinking is urgently needed.