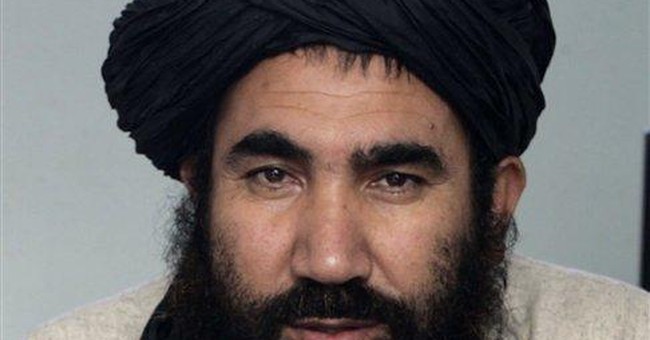 President Bush was under no illusions about the threat a nuclear-armed, militant Islamist regime in Tehran would pose. But during two terms in the White House, he took no serious steps to prevent this capability from steadily developing.

President Obama also does not appear to be under any illusions. "Iran's development of a nuclear weapon, I believe, is unacceptable," he said during his first post-election press conference.

The Obama administration's initial response was to pursue "direct diplomatic engagement" with Iran. But Secretary of State Hillary Clinton, traveling in the Middle East this week, reportedly told an Arab foreign minister that it now seems "very doubtful" that such an approach will succeed. Significant pressure will be required to persuade Iran's ruling mullahs to give up their nuclear ambitions -- not to mention their support of terrorist groups abroad and their egregious human rights violations at home.

But, short of military action, what leverage can Obama exert? He could cut off the flow of gasoline to Iran. Indeed, this is an approach for which Obama has expressed support on at least three occasions. "If we can prevent them from importing the gasoline that they need," he said during a campaign debate in October, "that starts changing their cost-benefit analysis. That starts putting the squeeze on them."

Iran is one of the world's leading oil exporters but it has not invested much in oil refineries -- it has spent its money on nuclear development instead. As a result, Iran must import almost half the gasoline it consumes. Just a few companies have been filling its tanks. The most important of them is Vitol, a Swiss firm.

They noted that Vitol has a checkered history, for example, pleading guilty, in 2007, "to grand larceny in New York state court in connection with kickbacks to the Iraqi government" in the Oil-for-Food scandal orchestrated by Saddam Hussein. That alone, the congressmen wrote, "could provide sufficient grounds for debarment from federal contracting."

Orde Kittrie, a former State Department official and now a Senior Fellow at the Foundation for Defense of Democracies (the think tank I run) notes that in recent days, Admiral Mike Mullen, Chairman of the Joint Chiefs of Staff, has announced that Iran has stockpiled enough nuclear fuel to make a bomb, and that Iran has launched a satellite. "We are five minutes from midnight in terms of opportunities to stop Iran from acquiring the capacity to launch a nuclear-armed missile," Kittrie says. "The time is now to change Iran's cost-benefit analysis by cutting off its supply of imported gasoline. One very important step in that direction would be to put Vitol to a choice between selling to Iran and selling to the United States."

If nothing else this would send the mullahs a message that there are non-military ways to cause them discomfort -- even without the participation of the UN and European governments. A shortage of imported gasoline would further weaken Iran's already unhealthy economy. Faced with that prospect, the ruling mullahs would ask themselves the question that is always foremost on their minds: "What best protects our hold on power?"

The answer is probably not to remind Iranians that, after 30 years, the Islamic Revolution has brought them economic deprivation and political oppression -- and not even enough gasoline to keep their cars running.

Those who oppose the use of such economic leverage make predictable arguments. For example, Hossein Askari, an Iranian-born, British-educated professor at George Washington University, asserts in the Harvard International Review that stopping the flow of gasoline to Iran "would hand the regime in Tehran a big favor."

By what act of wizardry does he transform pain into pleasure? He says the Iranian government would respond by raising the price for the gasoline it does have. "The government has tried for over two decades to eliminate this wasteful subsidy" on domestic gasoline, he writes, "but fear of a domestic backlash has precluded action. If the United States tries to ban Iran's gasoline imports, the regime would blame the ‘Great Satan' while forcing a tightening of belts."

But as the professor must know, the mullahs have always blamed the U.S. for Iran's woes. Fewer and fewer Iranians appear to be buying it. Stuart Levey, Under Secretary for Terrorism and Financial Intelligence at the Treasury Department in both the Bush and Obama administrations, has persuaded more than 80 international banks to stop doing business with Iran. This has exacerbated Iran's economic difficulties, but most Iranians appear to know who deserves the blame. In November 2008, a group of 60 Iranian economists bravely went on record condemning President Mahmoud Ahmadinejad's "tension-creating" foreign policy, pointing out that his approach had "scared off foreign investment and inflicted heavy damage on the economy."

And in the past, when gasoline has been in short supply, there has been rioting on Iran's streets and intensified anger at the theocrats who have established themselves as the country's wealthy and permanent elite.

It also should not escape notice that Askari has argued in favor of Iran's "legal right to enrich and to develop heavy water reactors." He has insisted that it is not Iran that menaces Israel -- but rather Israel that "openly threatens Iran." That, coupled with American hostility, he wrote, has caused Iran to "feel insecure, victimized and bullied." So if the mullahs seek nuclear weapons, he added, it is "to develop a deterrent in case of imminent threat."

Iran's militant Islamist mullahs have vowed "Death to America!" for three decades. They have ordered the slaughter of American servicemen in Beirut, at Khobar Towers in Saudi Arabia and throughout Iraq. They are supplying advanced weapons to the Taliban in Afghanistan. They have established a client state in Syria, and they use Hezbollah and Hamas as terrorist proxies. Those who persist in portraying them as victims requiring nuclear weapons as "deterrents" are entitled to their opinion. They have no right to be taken seriously -- and no one with any grasp of what is happening in the world today would do so.