The BDS Movement is Hurting Palestinians

Clay Robinson
|
Posted: Feb 21, 2020 12:01 AM
Share   Tweet
The opinions expressed by columnists are their own and do not necessarily represent the views of Townhall.com. 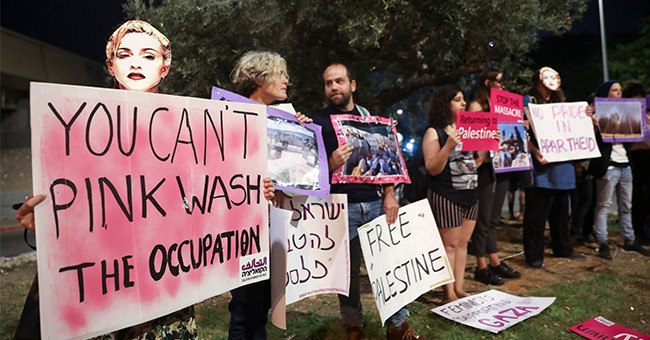 The movement to Boycott, Divest, and Sanction (BDS) the State of Israel has gained momentum in the United States, especially among university students. But what supporters of BDS don’t know is that their efforts are hurting the very people they claim to be fighting for.

Last semester, Students for Justice in Palestine at Arizona State University proposed a resolution to the Undergraduate Student Government calling for the university to “...divest from all companies that profit off of the Israeli occupation of the West Bank, either directly or indirectly.”

During the public forum at the senate meeting, several students addressed the senate body. Pro-BDS students argued that Israel is a colonial state backed by U.S. forces that commit daily human rights violations. Some even criticized ASU for not recognizing the apparent ‘systemic genocide’ of the Palestinians at the hands of the Israeli government

I was also one of the students who addressed the senate body, arguing that the resolution doesn’t align with the values set forth in the ASU charter, specifically that, “...our success is measured by whom we include, not whom we exclude.” The resolution at its core echoes anti-Zionist rhetoric, which only leads to anti-Semitism.

Unfortunately, the battle at Arizona State University isn’t isolated. Similar resolutions at the University of Michigan and Brown University have seen similar support among the student body.

However, does the BDS movement actually help the Palestinian people? No.

According to the BDS website, divestment specifically encourages, “...banks, local councils, churches, pension funds and universities [emphasis my own] to withdraw investments from the State of Israel and all Israeli and international companies that sustain Israeli apartheid.”

This winter, I had the opportunity to visit the State of Israel with Lone Conservative and Passages. While we were in the Holy Land, we heard different perspectives from local Israelis and Palestinians regarding their views on the conflict in the region. After hearing arguments from each side, there was one conclusion that was the same: most Israelis and Palestinians are unaware of the BDS movement — and those who are aware tend to have an unfavorable view of the movement.

Palestinians rely greatly on the economic activity of Israel. According to the Jerusalem Post, over 100,000 Palestinians work in Israel. In fact, Israel expanded its work permit program in 2018 to allow even more Palestinians from Gaza to work within Israeli borders.

Many Palestinians travel daily to Israel for better job opportunities and rising wages. According to Reuters, approximately 36,000 Palestinians travel to the West Bank to earn 3 times more than the average Palestinian wage. The divestment resolution of BDS directly threatens Palestinian job security and contributes to the already 18% unemployment rate in Palestine.

If you’ve ever been to the West Bank, you know that the landscape is on the border of ruin. Streets are riddled with garbage, infrastructure is decaying, and neighborhoods lack order. It’s no wonder why so many Palestinians travel every day to work in Israel.

Nabil Basherat is a manager of the Israeli company SodaStream, which was recently affected by BDS protests in the United States and Europe. Due to the pressure from BDS groups, Basherat was forced to close the SodaStream facility in the West Bank, laying off hundreds of Palestinian workers as a result.

Basherat isn’t alone. Nadia Aloush is Palestinian who’s worked in Israel for 13 years and voiced her opposition to BDS.

The policy aims of the BDS movement are hurting the Palestinian people, showing that members of this organization have a fundamental misunderstanding of Middle Eastern affairs and consistently mischaracterize the Israeli-Palestinian conflict.

What was said during the public forum at the ASU senate meeting had no logical foundation and lacked evidence. Most pro-BDS individuals who addressed the body spoke in talking points and expressed fake outrage.

After making the journey to Israel and experiencing the culture and conflict myself, I can say that BDS is failing to support Palestinians. Rather, BDS is hurting the Palestinian community because when you divest from Israel, you are also divesting from Palestine, causing a chain of economic burdens.

Fortunately, ASU College Republicans, SunPAC, and the Hillel Jewish Student Center defeated the resolution, not only pointing out the flaws in the language of the resolution, but also the attempt to subdue the Jewish community at Arizona State University.

My experience in Israel has only deepened my respect for the Jewish people while also showing me that the activism of BDS is far worse than I thought — the organization has caused severe economic consequences for those they claim to be supporting.

Clay Robinson (@ClayNRobinson) is a Content Coordinator for Lone Conservative and a Campus Correspondent for Campus Reform. He’s a student at Arizona State University where he studies Civic and Economic Thought and Leadership at the Honors College.