Chuck Norris  |  Oct 04, 2011
The opinions expressed by columnists are their own and do not necessarily represent the views of Townhall.com.
Top Columns
Trending on Townhall Media 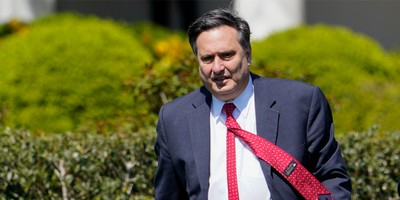 The White House's buzz words for the propaganda campaign to raise taxes on the wealthiest Americans and corporations are "pay their fair share." But is President Barack Obama's pitch reflecting honest economic inequity or more dishonest spin from his bag of duck-'n'-weave political manipulations?

This year alone, nearly every member and minion of this administration (including the mainstream media) has regurgitated "pay their fair share" like cows chewing cud. They have done so to prompt Americans to feel that the wealthy are getting a free ride regarding taxation while lower- and middle-class folks pay their societal ticket.

Here is a small set of examples of recent quotes from a single page of entries on the White House website (italics added):

--From a Sept. 19 statement from the White House's Office of the Press Secretary concerning the "Fact Sheet: Living Within Our Means and Investing in the Future -- The President's Plan for Economic Growth and Deficit Reduction": "asking the wealthiest Americans and biggest corporations to pay their fair share."

--From a Sept. 20 White House Rural Council blog post, titled "Lessons from the Farm to Strengthen America," written by Tom Vilsack, the secretary of agriculture: "The President's plan ... will (maintain) a strong safety net and (create) a better market for our agricultural goods. And it sets us on a path to compete by asking everyone to pay their fair share."

--From an Aug. 4 post on the White House blog, titled "All About the So-Called 'Super Committee'" and created by Jon Carson, who is the director of the White House Office of Public Engagement: "asking millionaires and billionaires to pay their fair share."

--From the July 9 "Statement from White House Communications Director Dan Pfeiffer on Budget Negotiations": "We need a balanced approach that asks the very wealthiest and special interests to pay their fair share as well, and we believe the American people agree."

--From an April 13 statement by Mary Kay Henry, president of the Service Employees International Union, given immediately after Obama delivered a speech on deficit reduction: "Giveaways to millionaires must come to an end. We simply cannot afford them. ... All taxpayers must pay their fair share." (Interesting how Henry's statement got posted on the White House blog. Maybe readers can email my statements here to the White House and my article will be posted, too!)

Neither those citations nor the host of others on other pages of the White House website include the myriad presidential mentions, from the heartland of America to congressional corridors and prime-time television speeches.

With all those Washington insiders spouting that "pay their fair share" verbiage, the majority of corporations and wealthy Americans must be dodging their "fair share" of tax dues, right?

3) In 2009, the Internal Revenue Service reported that 1,470 tax returns were filed by those whose households earned more than $1 million and didn't pay federal taxes. But that is less than 1 percent of the nearly 237,000 households that earned more than $1 million that year. In comparison, the Tax Policy Center estimates that a staggering 46 percent of Americans will pay no federal taxes in 2011, and most of them are low- and middle-income families.

If the Obama administration wants to go after those who don't "pay their fair share" of taxes, then it should hunt down the remaining 45 percent of federal tax evaders. Even better, why not just dump the current tax code and implement the FairTax plan (or an equivalent flat tax), which would lower the tax rate of most honest taxpaying Americans and rope in the 45 percent who are dodging federal taxes altogether.

Combined with lowering America's corporate tax rate (the second-highest in the world, at 38 percent) to the average European rate -- 25 percent -- our country would not only experience the return of corporations and productivity to American soil and subsequently increase the domestic job market but also put more money into the pockets of Americans to rebuild our economy and even give the feds more funds to lower our national debt.

It's time Americans told the White House to stop its "pay their fair share" shenanigans. As you yourself said, Mr. President, in the Rose Garden a few weeks ago, "this is not class warfare; it's math."