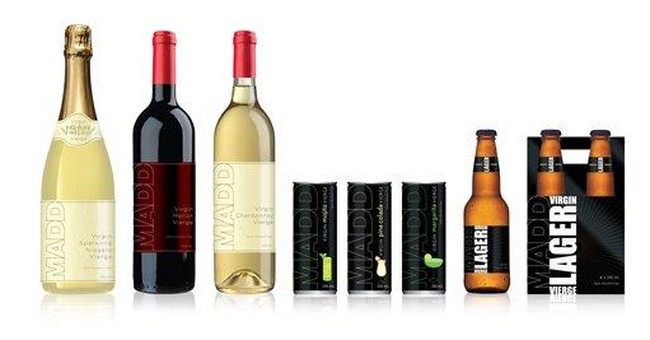 On Feb. 11, 2006, in Iraq, I was honored to meet a model Marine by the name of Cpl. David Stidman. He did two tours in Iraq and one in Afghanistan. Commendably, he also left his post to come home and care for his ailing father, Dwayne Stidman, who tragically was hit and critically wounded by a drunken driver last May.

Three months later, on Aug. 2, 2010, Cpl. Stidman was killed. Not on the battlefields of the Middle East, but on his home streets of Texas while still caring for his father and family. And not by a drive-by shooter, but by another drunken driver. Cpl. Stidman was killed on his motorcycle while completely stopped at a stoplight just miles from home.

To add insult to injury, David's killer had not one but two prior driving-while-intoxicated violations. The driver had been released repeatedly from his criminal charges and allowed to drive because of the lack of strict laws and enforcement by our liberal court systems.

(To read Dwayne's story about his son's service and heroism to both his country and family, go to http://www.DavidStidman.com/biography.html.)

Words cannot express the depths of what my wife, Gena, and I felt when reading David's story. He was truly the epitome of the best our country creates. God only knows the lives he saved through his service to our country.

And even now, in his passing, his father, Dwayne, is fighting with him to save even more lives by reducing the number of drunken drivers and repeat offenders on America's roads.

According to Mothers Against Drunk Driving, here are three sobering statistics:

--One in 3 people will be involved in an alcohol-related crash at some point.

--An average drunken driver has driven while drunk 87 times before his first arrest.

During this holiday break, with New Year's parties moving fast on the horizon, there's no better time to join the fight against drunken drivers. Here's what you can do.

First, check out MADD's website, which shows how safe the roads are in your state; you may be shocked. The site also gives some action keys so that you can help to make those roads safer.

Second, if you're a sober driver on the road over the holidays, please be very careful as you travel. At all times of the day, keep an eye out on those in your total range of vision, including in your vehicle's blind spots.

Third, don't be naive or dumb; don't drink and drive. And don't even think you can. A one-time mistake could cost you the rest of your life, as well as take the life of another.

Consider trying an alcohol-free New Year's Eve. Train yourself to understand that you don't need alcohol to have a great time. If you do drink, do so in moderation. And if you attend parties serving alcohol and you have no plans for moderation, then designate a sober driver before you go.

Tragically, too many people who drink don't ask for a designated driver and don't tell anyone whether and when they are drinking too much. Well, the way I see it is: If you don't ask and don't tell, then don't drink! If you can't responsibly handle the alcohol, then you shouldn't handle it at all.

Fourth, please join Dwayne in his quest to crack down on drunken drivers, at http://www.DavidStidman.com.

With others' help, Dwayne is trying to get stricter laws, get police to enforce the drinking laws we already have, and keep drunken drivers and repeat offenders from even making plea bargains. The judges and judicial system need to protect the innocent more than they do the guilty.

Dwayne also is working on a video that helps the victims of drunken drivers by providing information to help them cope with their losses, about casualty assistance, on where to find legal advice and even on how to find military support groups.

In short, Dwayne is trying to prevent other families from suffering through a holiday season like the one he's going through, one without the physical presence of a loved one. As he put it, "we went to war over (about 3,000) Americans killed on Sept. 11, 2001, yet we allow drunks to get behind the wheel of a vehicle and take the lives of 11,773 Americans (of the 13,896 alcohol-related deaths, as reported in 2008). And let's not forget the thousands more injured. Due to these weak laws currently in place and the lack of enforcement by the courts, thousands more will spend the rest of their lives in sorrow coping with the loss of their loved ones. ... We need change! ... I will not allow (David's) sacrifice to fall on deaf ears. The laws must be changed and enforced to save the lives of thousands of Americans in the years to come. I hope you feel the same as I do."

Again, the way I see it, at least when it comes to our military, is: Our troops are willing to sacrifice their lives in foreign territory; the least we can do when they come home is keep them safe on American soil.