The Secret Weapon in America's Revolution 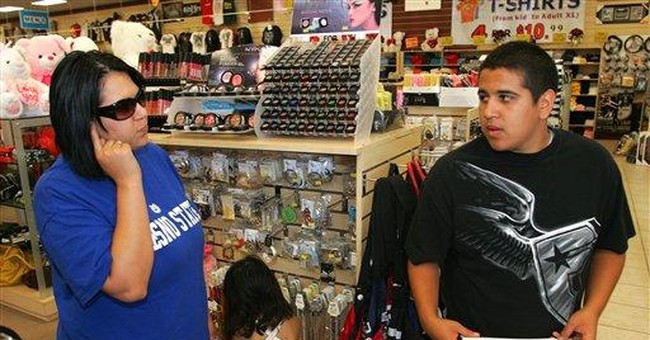 On Sept. 28, 1781, Gen. George Washington led a combined force of 17,000 French and Continental troops upon Yorktown, Va., and encircled British Gen. Charles Cornwallis and his regiment of 9,000 British troops. Washington bombarded Cornwallis and crew day and night for three weeks with artillery and cannon fire, until Cornwallis surrendered Oct. 17, 1781. Negotiations for peace began in 1782, and the Treaty of Paris eventually was signed Sept. 3, 1783, formally ending the seven years of war and securing America's independence.

The key to victory at Yorktown came when, at the mouth of the Chesapeake Bay, the French navy helped to corner Cornwallis and his crew so they could not flee by sea, while Marquis de Lafayette, who, under Washington, led 5,000 American soldiers, blocked Cornwallis' escape by land. Lafayette was only 23 years old at the time.

Lafayette was only 16 when he joined the Black Musketeers back in France, an elite unit of royal troops that rode black horses. He started fighting in the American Revolution in 1777 at only 19, at which time Congress gave him the rank of major general. Two months after the British surrender at Yorktown, Lafayette returned home as a "hero of two worlds."

Marquis de Lafayette was one of Gen. George Washington's secret weapons in the American Revolution. Youths are often the key to victory in revolutions. That's because people often underestimate their potential or perceived contributions. I believe young people will play a critical role in reawakening and returning America again to its Founding Fathers' vision, ways and principles.

It's amazing for us today to think about how much a young Lafayette sacrificed and accomplished for our country, as well as his own. We still are inspired by his example of youthful courage and heroism.

Many adults would say that type of valor rarely exists anymore. But as I meet and hear from young Americans here and around the world, I beg to differ. Though our society often denigrates the teen years and expects very little from our young people, I believe there exists a latent power in this particular generation that waits to be awakened and reveal its full potential.

If we're going to win America's culture wars, we need the younger generations to do it. There is no way around it. We need to re-engage with our young people and plug them in to America's glorious past so they can build a brighter future. I'm not talking about selling them on a partisan platform, but a patriot one (as our Founders had). I'm convinced that this is why Ron Paul's candidacy for president grew into a mighty grass-roots swell: It tapped into the technologically and socially based millennials, who possess a strong anti-imperialism and let's-take-care-of-home mentality and passion.

I believe that two of my young friends, twin brothers Brett and Alex Harris, are model youth leaders. I consider them to be cultural heroes and generational warriors who are willing to bear the baton of early American values and beliefs and march forward with a battle cry to raise the expectations and contributions of following generations. They are on the front line in the battle for our posterity. They possess the heart and gusto to reawaken their generation to our Founders' American dream.

At just 16, they were interns at the Alabama Supreme Court. And at 19, they wrote their first book, which has sold more than 250,000 copies since it was first published in mid-2008 -- one I encourage everyone to read and give to teenagers or millennials they know. The book is called "Do Hard Things: A Teenage Rebellion Against Low Expectations."

The Harris brothers summarize their mission in their book with these words (Page 25): "Our uprising won't be marked by mass riots and violence, but by millions of individual teens quietly choosing to turn the low expectations of our culture upside down."

President Barack Obama declared during his election campaign that it is time for America to "turn the page" on lingering cultural battles. He knows the key to doing so comes only by winning the hearts and minds of the younger generation. I believe that is ultimately why the president tried to stick his head in every public classroom across the nation earlier this month.

Of course, two can play at that game.

For almost 20 years, I've been working to make a difference with at-risk youths in Texas via my KICKSTART program. These kids eventually move across this nation to pass the baton to others about self-worth, respect and civility. I'd be honored to have you join us in building up the next generation of young Americans with a financial contribution of any size here.

I'm releasing two other secret weapons. First, in January 2010, I'm making available a paperback version of my New York Times best-seller "Black Belt Patriotism," revised and updated for America's economic recession and Washington's new administration. But it's far more than a political book; it's a cultural manifesto to reawaken America to our Founders' vision, faith and lifestyle.

Also, for young and old, I finally have fulfilled a repeated request from many publishers to produce my new book, "The Official Chuck Norris Fact Book," in which I have chosen my favorite 101 Chuck Norris "facts" and share 101 humorous and inspirational related stories -- many of which reintroduce Americans, particularly our youth, to our Founders' America. The book comes out Nov. 1. Each of the 101 stories centers on one of the five "F's" from "Chuck's Code": freedom, faith, family, fitness and fight. In a world that needs a little lightening up and direction, I'm sure you and every young person you know will appreciate the read.