Dirty Secret No. 2 in Obamacare 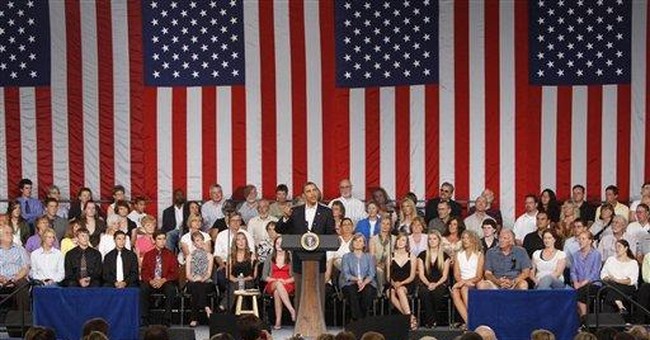 I've read on several blogs that if my tears can cure cancer, I should take care of universal health care. Cute.

In my column last week, I explained that dirty secret No. 1 in Obamacare is that the House bill would grant government the authority to come into homes and usurp parental rights over child care and development.

I have a few more secrets to share over these hot August political nights.

Dirty secret No. 2 is that Obama is not the leader of Obamacare. And neither is Congress. The one who has been spearheading the initiative behind the scenes is one who goes under the misnomer "adviser" to the Obama administration, Dr. Ezekiel Emanuel, a bioethicist and breast oncologist and brother of White House chief of staff Rahm Emanuel. And his bible for health care reform is his book "Healthcare, Guaranteed."

Dr. Emanuel has served as special adviser to the director of the White House Office of Management and Budget for health policy as far back as February, when he confessed to the Washington bureau chief for the Chicago Sun-Times that he was "working on (the) health care reform effort." The first draft of Obamacare?

If you want to know the future of America's universal health care, then you must understand the health care principles and plans of Dr. Ezekiel Emanuel. I find it far more than a coincidence how much Emanuel's book parallels Obamacare's philosophy, strategy and proposed legislation.

First, Emanuel rejects any attempts at incremental change or reform to our health care system (Page 185). What's needed, he concludes in his book (Page 171), is an immediate and totally comprehensive reconstruction of health care as we know it. That, of course, describes the vision of Obamacare to a T.

Second, in the chapter "Opening the Door to Comprehensive Change," starting on Page 171 (which reads more like a political and mass-manipulating strategy than a health care manual), Emanuel drives home "a key political lesson: the need to rush the legislation through." (Seen this methodology being used lately?!)

Third, as Obama crusades around the country pitching Obamacare, he continues to avoid giving virtually any specific details of the program. That, too, is a strategy of Emanuel's: "Americans need to avoid the policy weeds. Focusing on details will only distract and create tangles and traps (Page 183)." So "details" of health care reform are "weeds"? That is why we continue to hear only warm and fuzzy generalities from Obama, such as,"If you've already got health care, the only thing we're going to do for you is we're going to reform the insurance companies so that they can't cheat you."

Fourth, Emanuel describes a comprehensive government health care program that is run completely by a national health board and 12 regional health boards ("modeled on the Federal Reserve System" -- Page 83). Critics would say, "But that is not the national board as described in Obamacare or H.R. 3200." Not yet, anyway. Does anyone doubt that the duties and power of the national "Health Benefits Advisory Committee" will morph and grow over time? And what power will it wield when it is like the Federal Reserve?

Fifth, Emanuel believes in the "phasing out of Medicare (and) Medicaid (pages 88-89 and 94-95)." Could their eventual termination be the reason Obama's administration won't merely reform those programs to accommodate its universal health care desires?

Sixth, Emanuel believes in ending employer-based health care (pages 109-112). As any businessman knows, why would a company pay the exorbitant costs for employees' private health insurance when it can benefit big-time from a free ticket for government health care coverage? Some have even proposed that provisions in the House's health care legislation, under the titles "Limitation on new enrollment" and "Limitation on changes in terms or conditions" (Page 16 of H.R. 3200), could essentially make individual private medical insurance illegal.

Seventh, Emanuel believes a universal health care program could be paid for by phasing out Medicare and Medicaid, adopting a value-added tax of at least 10 percent, etc., and then allowing Americans themselves to "pay extra with after-tax dollars" (Page 100) for additional medical benefits (beyond the government program). The truth is that whether the money comes from higher corporate taxes, taxing employer-provided health insurance, eliminating health savings accounts or flexible spending accounts, limiting the deductibility of medical expenses, increasing taxes on selective consumptives or the middle class, etc., or all the above, trust me; sooner or later, we all will pay.

Eighth, enough has been written lately about Emanuel's end-of-life counsel and consultation, including withholding his advice from The Hastings Center Report (in 1996) that medical care should be withheld from those "who are irreversibly prevented from being or becoming participating citizens. ... An obvious example is not guaranteeing health services to patients with dementia."

I find it striking that Obama's ethics similarly have allowed him already to pass more laws increasing the terminations of life in the womb than any administration since Roe v. Wade. To add insult to injury, Congress repeatedly has rejected amendments to this universal health care bill that would prevent federal funds from being used for abortions.

In short, whether in title or not, Emanuel is Obama's health care czar. Obamacare is a junior version of Emanuelcare. Or should I say the beginning stage of Emanuelcare? What's almost eerie is how they both could be juxtaposed to intersect in full bloom sometime in America's future.

One last thing: Someone once said to me, "If two people think so much alike, you can bet that one person is not thinking." Think about it.