3 Amigos Who Fight for America 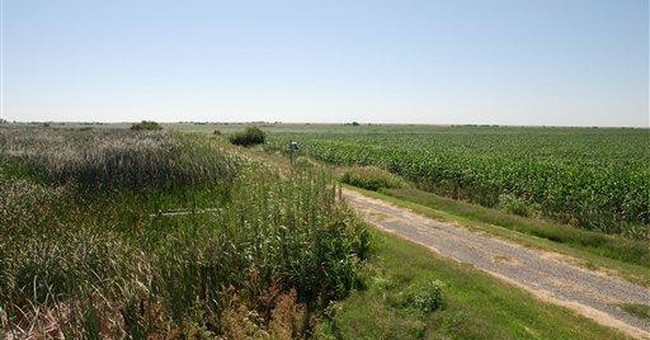 Unfortunately, too many of our public representatives have been corrupted by power and greed or have been pleasing the masses instead of upholding the Constitution and our Founders' vision for America. That is why Gore Vidal once quipped, "Politics is made up of two words: 'poli,' which is Greek for 'many,' and 'tics,' which are bloodsucking insects."

Nevertheless, some politicians have commendably dodged and escaped the perversions that permeate civic offices. As I've mentioned many times before, Rep. Ron Paul of Texas stands as a shining example of one who stands for truth, justice and the American way. His patriot blood is the type we must continue to encourage, elect and infuse back into the system to revive the America our Founders knew.

Three more amigos who fight for America and have proved their commitment to the red, white and blue are John Kasich, Bob Vander Plaats and Judge Roy Moore, all of whom presently are running in gubernatorial races in different states.

John Kasich is running for governor of Ohio. As his Web site conveys, Kasich is the son of a mailman and grew up in a blue-collar neighborhood in Pennsylvania. His values are rooted in faith, family, community and common sense. John was elected to the Ohio Senate at the age of 26 and to the U.S. House of Representatives in 1982, at the age of 30. As a nine-term congressman, John led the way in a variety of groundbreaking achievements, including constructing and implementing plans to balance the federal budget, create new jobs, reduce taxes, minimize the roles of government and other critical issues important to America's Founders. John is also well-known as the host of a national weekly news show, called "Heartland with John Kasich." Newsweek magazine named him one of its "100 people for the 21st century."

Bob Vander Plaats is running for governor of Iowa. As Bob's Web site notes, he grew up in Iowa learning the values of freedom, faith and hard work as one of eight children of a homemaker and World War II veteran who owned their own business. Bob married his high-school sweetheart and pursued a life as an educator and sports instructor. In 1993, their third son, Lucas, was born with a serious and rare brain disorder, which he writes about in his inspiring book, "Light from Lucas," a 2007 staff pick by Focus on the Family. In 1996, Bob became the president and CEO of Opportunities Unlimited, a health and human services organization that provides rehabilitation services for young adults with brain or spinal cord injuries or other life-altering disabilities. In 1998, then-Iowa Gov. Terry Branstad appointed Bob to the Governor's Council. In 2007, Bob became a candidate for lieutenant governor, and then he served as state chairman for former Arkansas Gov. Mike Huckabee's presidential campaign. Bob is currently president and CEO of MVP Leadership Inc., which specializes in strategic vision and executive leadership for business and industry, economic development, education, health care, human services and private foundations.

Judge Roy Moore is running for governor of Alabama. Undoubtedly, readers recollect his name. A few years back, he gained national recognition as the chief justice of the Alabama Supreme Court who was ousted for refusing to remove a copy of the Ten Commandments from the state's judicial building. Also raised in the house of a traditional homemaker and World War II vet, Roy was the eldest of five children. Moore served in the Army during the Vietnam era and left an admired captain. Moore's passionate and rugged Americanism could be seen easily on the battlefield, but it also was found in arenas, such as kickboxing and his being a cowboy on a 42,000-acre cattle ranch. Roy's resume reads like a who's who of American life and justice, as he went from private practice to district attorney and then from circuit judge to chief justice. Roy Moore's awesome autobiographical manifesto, "So Help Me God," is a must-read for any patriot.

I encourage you to spread the word about these gentlemen and patriots, learn about their platforms, support their campaigns, and see to it that they are elected in their gubernatorial races. Theirs is leadership we can trust. I'm convinced that if we are to win back America, it's going to start in the heartland and spread out from there because of the influence of leaders like them.

Don't like what you see in government? Tired of incumbent lethargy and inactiveness? Does a political issue grind on you like fingernails on a chalkboard? It comes down to this: Either you will change our country or your opponents will, and if you let them change it, you might not like the outcome.