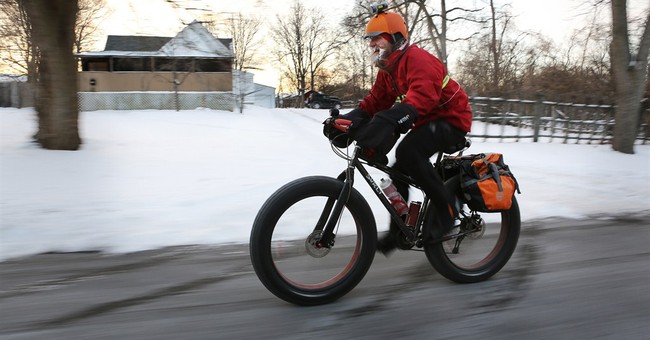 Our U.S. patent system is broken, and it’s baffling as to why some conservatives are siding with what amount to high-tech ambulance chasers that extort loopholes in that system.

Malicious actors are abusing the patent system by buying up near-end, overly-broad patents and fishing for companies to sue who tangentially utilize a similar technology, even when the technology or idea at issue is commonplace. These “non-practicing entities” have been allowed to bully and intimidate businesses and innovators for far too long, and it’s time we stop their “extortionary” behavior.

Of course, it’s important to protect legitimate patents and inventors. However we must also protect businesses and innovators from frivolous lawsuits from “patent trolls.” Take ICEdot, for example.

ICEdot is an Oklahoma-based startup whose CEO, Chris Zenthoefer, is both a patent holder himself and a victim of patent trolls. He knows both sides of this issue as a user and an inventor – and has seen firsthand just how detrimental patent trolls can be.

ICEdot was created as a life-saving technology that detects traumatic head impact from accidents and alerts a person’s emergency contact right away. Using a sensor mounted on bike helmets, motorcycle helmets, ski helmets, etc., if traumatic impact is detected, the sensor sets off an alarm on the individual’s phone that, if not cleared, sends the user’s GPS coordinates to the contact person designated in their phone.

The company was recognized by the Smithsonian for this life-saving device and received high acclaim as an innovative way to keep sports enthusiasts safe. Shortly after releasing their product, however, ICEdot was sued by the infamous patent troll 911 Notify, which has sued no less than 45 other companies in the past year and a half.

Their lawsuit lacked specificity and had “jurisdiction” in a Delaware court - far from the company’s Tulsa, Oklahoma headquarters, and in a state with only a handful of ICEdot customers. Since there are virtually no limits to where a patent troll can file suit, they oftentimes shop their cases around to areas that have plaintiff-friendly courts.

This lack of a required nexus further adds to the legal costs to defend such cases, and stacks the deck in patent trolls’ favor.

ICEdot held their own patents for the technology they created and examined their practices to ensure they were operating under their patents, not the troll’s. However, despite the fact that they had done nothing wrong, after consulting with counsel and examining the costs of requested discovery, ICEdot decided to settle with 911 Notify out of court because the small startup could not afford the million-plus dollars it would take in legal fees to defend themselves.

This is not uncommon. Most small businesses settle out of court and give in to a troll’s demands to avoid the high cost of litigation. In the case of ICEdot, the ordeal set them back a year in production, caused them to put ongoing projects on hold, and forced them to limit the number of staff they could afford to hire.

Giving in to trolls’ demands instead of defending yourself when you know you’ve done nothing wrong is a hard decision to make - and this constant Catch 22 allows trolls to continue filing abusive lawsuits en masse. But as long as the legal costs must be absorbed by the victims, even when they win in court, most companies will continue to acquiesce to the threats and demand letters from trolls who make it their sole purpose to exploit the system.

Smart reform that rectifies this abuse of the system is badly needed.

For example, “loser pays” provisions would shift costs away from innocent victims and legitimate businesses and would discourage trolls from filing lawsuits they don’t think they can win.

Venue reform would prevent them from shopping their cases to friendly courts far from the headquarters or operating locations of either the troll or the companies they sue.

And transparency measures could be taken to require plaintiffs to disclose exactly what patent is at issue, specifically how it is being infringed, and all other lawsuits they are currently embroiled in.

These reforms would go a long way toward leveling the playing field and ensuring small businesses and inventors are protected from frivolous lawsuits, while protecting American innovation and intellectual property interests. Congressional action is needed soon to protect budding companies like ICEdot from this rampant exploitation.

And conservatives should be siding with such businesses, not the parasites trying to feed off of them.