REVIEW: Bias in the Booth A Must-Read for Political Junkies and Sports Fans 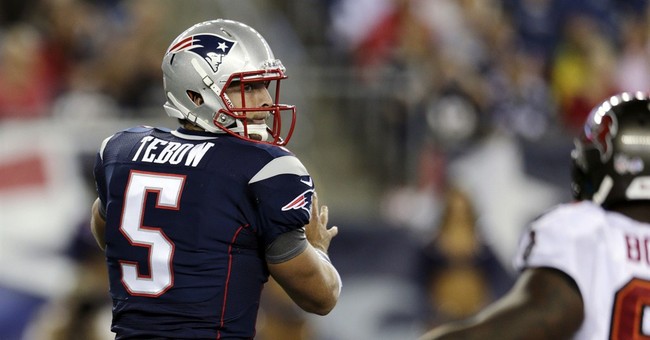 Americans have long used sports as a way to “get away” from the real world for a few hours and focus on a game rather than current events. Sports, after all, have a way of uniting people unlike anything else. Bias in the Booth, a new book by sports talk radio personality Dylan Gwinn, argues that there has been an effort by sports broadcasters to sway public opinion on certain issues—related to sports or not—towards a liberal viewpoint.

In the book, Gwinn cites examples such as the deification of Michael Sam and Bob Costas’ rant about gun control as ways that liberals are attempting to politicize sports. Gwinn, speaking in an interview to Townhall, said that the role of sportscaster has changed gradually over time, and that the sportscasters of today are far more political than those in years past. Previously, there was an “unwritten rule” that sports reporters were not there to push an agenda, but rather to just, well, report on sports news.

Today, however, things are different. “There’s no difference between the mainstream media and sports media,” explained Gwinn. Gwinn also said that sportscasters have an advantage over mainstream media personalities, as they have a “captive audience” of fans looking to catch the game. An average consumer has multiple options as to where to get news, but “there’s a monopoly on sports news.”

Gwinn paid particular attention to the treatment of Tim Tebow by the sports media vs their treatment of Michael Sam. Tebow, a former Heisman winner, is a devoted Christian who was open and public about his faith. Sam was notable for being the first openly gay player to be drafted into the NFL. Tebow, despite his ability to win playoff games for the Denver Broncos, was disparaged by the media. Sam, who was drafted in the seventh round following a disappointing NFL Scouting Combine, was cut by two different teams and failed to see the field of an NFL game. Sam’s play at the professional level was mediocre at best, yet he was fawned upon by the media. Teams that did not sign him were questioned, and the Rams and Cowboys underwent scrutiny after they cut him, despite the fact that he showed limited potential as a professional athlete. This was the opposite of the treatment given to Tebow.

Bias in the Booth is an interesting look at how the world is increasingly becoming politicized. It’s a must-read for both political junkies and sports fans alike. This is certainly a unique book and a refreshing departure from the typical political book.