Mandating COVID-19 Digital Passports? Too Close to a Dystopian Novel for Me

Christina Herrin
|
Posted: Apr 08, 2021 12:01 AM
Share   Tweet
The opinions expressed by columnists are their own and do not necessarily represent the views of Townhall.com. 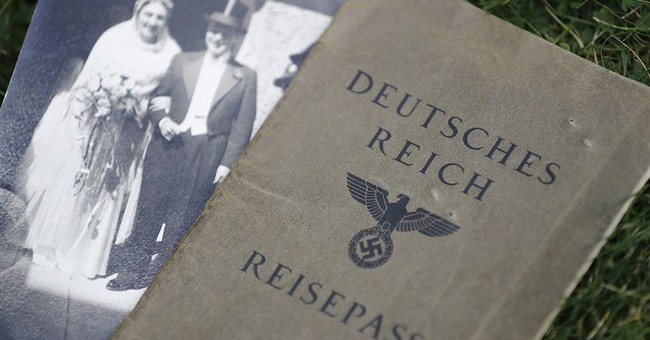 There is no doubt the past year has given reason for libertarians to stand firm in our convictions of limited government. And the erroneous actions of the ruling class have convinced others to join the cause to fight for liberty.

The economic impacts of the lockdowns are irreparable for many: three out of every 10 small business owners in America don’t think their business will survive this pandemic. That is nearly nine million businesses closed because of irresponsible governing. Not only is the loss of employers a crucial number to note, but more than 20 million jobs nationwide have been permanently eradicated as well. There is no question that the economic impacts of lockdowns are negatively affecting the American people, but the human cost is even more detrimental.

Studies show that the mental health impacts from the lockdowns have been damaging to the most vulnerable in our society. Nearly 41 percent of adults reported symptoms of anxiety or depression over the past year. Sadly, suicide rates have drastically spiked since the onset of the pandemic; studies show there is a direct link between job loss and mental illness. When government forced people into their homes, limited time they could spend with family and friends, and took away the means by which people could provide for their families and derive dignity from work, there were negative consequences to these measures.

The draconian measures taken during this pandemic have shown that COVID-19 is being used as nothing more than a chance for the ruling class to grab more power. This is truly concerning now that a vaccine has been distributed to nearly 20 percent of the population. Knowing that the elderly and sick who obtain the highest risk factors of complications from the virus are being offered the vaccine first, one would think we are closer to the end than to the beginning of this pandemic.

Yet it seems that some politicians don’t ever want this “emergency” to end. Every day we are introduced to new ideas by power hungry politicians such as the recent onset of vaccine mandated cards being discussed as a requirement for travel and other public activities.

Thankfully, a handful of politicians are speaking out against the madness. Sen. Rand Paul (R-KY) said it best: “I say enough. I urge everyone to get the vaccine if you think you need or want it. And then I urge everyone in America to throw away their masks, demand their schools be open, and live your lives free of more government mandates and interference. Burn your vaccine passport if they try to give it to you and vote out any politician who won’t do the same.”

Paul has used what few in DC seem to be able to find, and that is logical reasoning. Unfortunately, Washington bureaucrats keep coming up with ideas that remind me of a book I read in high school, The Bar Code Tattoo by Suzanne Weyn. This dystopian novel tells the story of the main character Kayla, and her battle with conformity amongst not only her peers, but society as a whole. It is a true battle between the individual and the collective. How does one strive for individual liberty in a society that is so strictly encroaching on our freedoms? I won’t give away any spoilers, but this futuristic novel doesn’t seem so far reaching into the realm of the impossible as it did a few years ago. The idea of mandated vaccine cards, and possibly digital cards that use QR codes to offer up your medical credentials to whomever is in power is beyond frightening.

The notion of mandating vaccine cards in any form brings about a slew of bio-ethical questions and concerns. Drawing parallels of this invasive overreach of government to fiction is one thing, but parallels can be drawn from historical instances in which members of society were mandated to carry papers and “conform.” This may seem like a small price to pay for some who fell asleep in history class, but this march toward authoritarianism doesn’t end well for the outspoken skeptics.

The individual is the smallest minority on earth, regardless of what the collectivists might want you to think. Stripping away basic human rights of privacy and individualism is wrong and moves our country closer toward a dystopian nightmare. Policymakers should be looking for opportunities to reinstate individual liberties to the people by opening up schools, allowing businesses to operate, and removing mask mandates. The current political climate is offering up a huge power grab and the general electorate needs to wake up before it is too late.