Christian Toto
|
Posted: Apr 07, 2017 12:01 AM
Share   Tweet
The opinions expressed by columnists are their own and do not necessarily represent the views of Townhall.com. 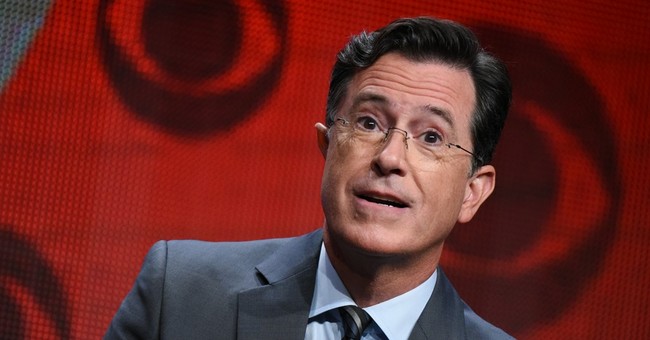 Guess how the Not Ready for Prime Time Players over at “Saturday Night Live” responded?

The venerable sketch comedy show couldn’t find the time to mock Millennials for their unhinged electoral reaction. The show served up a chuckle or two over liberals dwelling in a cultural bubble. That was more or less it, though.

The same is essentially true on the late night circuit. Comics like Stephen Colbert, Trevor Noah, Seth Meyers and John Oliver got so busy mocking everything about President Trump they overlooked one of the biggest, juiciest comic targets in our current culture.

The right-leaning comics didn’t just see a comic opening. They witnessed a virtual chasm in the satirical world. So they hit the studio and recorded the song parody “Friends in Safe Spaces.”

The ditty, sung to the tune of the Garth Brooks’ classic “Friends in Low Places,” mocks the college snowflakes who still can’t process the fact that Hillary Clinton doesn’t call 1600 Pennsylvania Ave. home.

Here are a few select verses from the song:

“I’ve got friends in safe spaces. If you don’t go with us, then you must be racist, that’s our catch phrase … where’s my latte?”

“Give us an hour, we’re delicate flowers, we just need an embrace.”

“Come on in and let’s be cozy, showing off participation trophies.”

What happened next? Fox News, one outlet unburdened by liberal media bias, showcased the parody and its creators. New media sites shared it aggressively. And, before long, the song’s video officially went viral with well north of 1 million views.

It’s an unlikely project for the duo, currently prepping a “Friends in Safe Spaces” comedy tour. McGrew is a veteran stand-up comic, radio show host and podcaster. He’s not a singer by trade. Prather, who showcases some impresses pipes in the parody, is best known for his wildly popular YouTube musings. His “Unapologetically Southern” video previously snared 2.7 million views.

Together, they essentially shamed the comedy world by tackling what others dared not attempt.

CNN dubbed Prather the Pickup Pundit. And he’s savvy enough to realize a golden opportunity when he sees it.

“The world today is writing the jokes for us,” Prather says. “It's almost as if comedians feel like they're picking on a target that's just too easy. They are scared to touch the entitled.”

What’s worse with today’s leading comics? Colbert and co. too often ignore half of the culture’s potential material.

It’s all well and good to rib Trump for his incessant Tweeting. What about the fact that Madonna confessed to fantasizing about blowing up the White House? Or how Barbra Streisand blamed her recent weight gain on Trump’s election?

Progressives offer a cornucopia of comic fodder. They recently wailed that milk was racist, for heaven’s sake.

Unfortunately, 24/7 Trump bashing means comedians have much less time for other satirical targets.

That probably suits Prather just fine. And he’s not shocked that his new song proved so potent in new media circles.

“I think the song has resonated with so many people and giving them a voice to what they were already thinking. It could not help but be a hit,” Prather says.

Christian Toto is the editor of HollywoodInToto.com