Is Stagflation on the Horizon?

Chris Talgo
|
Posted: May 03, 2022 10:25 AM
Share   Tweet
The opinions expressed by columnists are their own and do not necessarily represent the views of Townhall.com. 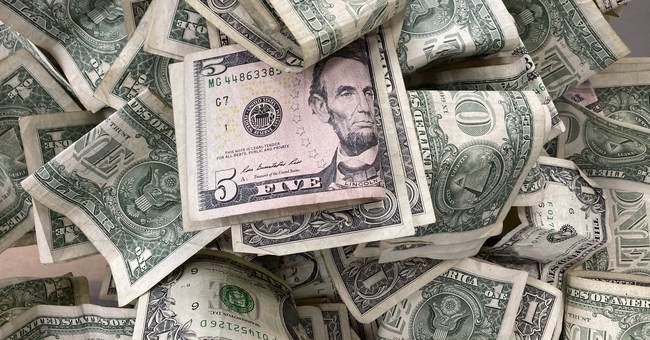 It has been several decades since the term “stagflation” was front and center in the American lexicon. However, based on several economic signs, we might find ourselves uttering the “s” word once again in the months and years to come.

In general, stagflation is defined as an economy rife with inflation while simultaneously experiencing stagnant growth. Although the term was first coined by British politician Iain Macleod in the 1960s, it gained prominence when it became the go-to phrase to describe America’s economic situation of high inflation and low/negative GDP growth during the mid to late 1970s.

For those worried that we could be on the brink of experiencing another bout of stagflation, unfortunately, ample evidence points in that direction.

On April 26, The World Bank released a report that stated economic “developments have started to raise the specter of stagflation.” Given the circumstances, The World Bank is advising that “Policymakers should take every opportunity to increase economic growth at home.”

Unfortunately, the U.S. economy, per the latest GDP report, is not growing. In fact, the U.S. economy “decreased at an annual rate of 1.4 percent in the first quarter of 2022,” according to the Bureau of Economic Analysis.

Of course, one quarter of negative GDP growth could be an aberration. However, it also could be the beginning of a prolonged period of stagnant growth.

Many financial and economic institutions of late have been sounding the alarm that the latter is more likely, leading many to predict the U.S. economy could be in store for a recession in the near future.

It has been many years since the U.S. economy experienced a deep and protracted recession, leading many to speculate that it is not only likely in the coming months, but practically inevitable.

Alongside the fears of a possible recession, which is defined by two consecutive quarters of negative GDP growth, the United States is already in the grips of the worst inflationary environment since the last time the economy fell into stagflation.

Per the U.S. Bureau of Labor Statistics, the current rate of inflation as measured by the consumer price index stands at a whopping 8.5 percent—the highest it has been since 1981.

Over the past year, the rate of inflation has steadily increased, primarily due to rising energy costs. For those attuned to the economic situation in the 1970s, this is all too familiar.

During the last bout of stagflation, the United States was caught in the middle of what many deemed the “energy crisis.” Because energy plays such a vital role in all economic activity, it would be foolish to dismiss the parallels between the 1970s energy crisis, which was a primary driver of stagflation, with what we are experiencing today.

Naturally, critics would point to the fact that stagflation is typically associated with high unemployment rates, something the U.S. economy is not currently in danger of. After all, the current unemployment rate is a measly 3.6 percent nationwide.

However, the unemployment rate is not the best barometer of today’s labor environment, given that it only tracks those currently seeking a job. A better barometer of the labor atmosphere is the Labor Force Participation Rate (LFPR), which tracks “the number of people in the labor force as a percentage of the civilian noninstitutional population.”

When one takes a 30,000-foot view of the U.S. economy, given the latest GDP report, persistently high inflation, and less-than-stellar employment situation, it seems like stagflation could rear its ugly head for the first time in more than four decades.

If this is the case, it would behoove our political leaders to learn the lessons from the last bout of stagflation, which was exacerbated by reckless government spending, stifling regulations (especially on the oil and gas sector), as well as exorbitant taxes.

The cure for stagflation is commonsense. Boost GDP with pro-growth policies of low taxes and regulations, which in turn will spur job creation. And, perhaps most importantly, reduce federal spending while raising interest rates to reduce inflation.

This general formula worked in the 1980s. It can work again. As long as our elected leaders have the courage and wisdom to carry it out.