Chris Skates
|
Posted: Mar 18, 2016 12:01 AM
Share   Tweet
The opinions expressed by columnists are their own and do not necessarily represent the views of Townhall.com. 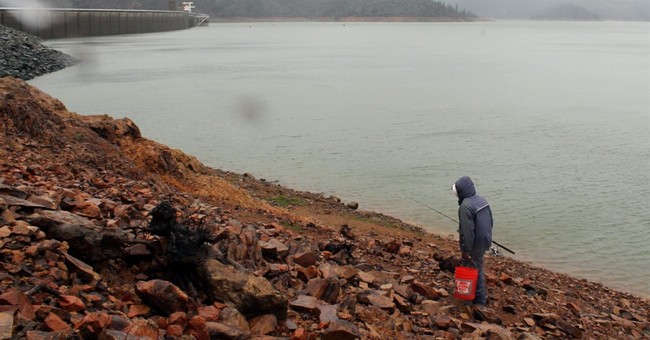 In the February 25 edition of USA Today, a headline shouted, “Acidic Oceans Are Stunting Coral Reefs.” The article then described an “experiment” conducted in a section of ocean off the coast of Australia. The purpose was to lend credence to the theory that increasing amounts of CO2 in the atmosphere are dissolving in ocean water, forming carbonic acid, and thus “acidifying” the oceans. This in turn is detrimental to coral reefs. Unfortunately, not only was the headline misleading and factually incorrect, the entire article bounced from one bit of climate alarmist hyperbole to another.

The article provided some fairly cryptic information on the experiment, which claimed to have “returned a section of ocean off the coast of Australia to 1800’s pH levels,” whatever those supposedly were. Nowhere in the article is a single pH value provided. Under these “idyllic” conditions, coral grew “about 7% more.” No detail was provided on how the growth was measured or what other variables may have affected the coral. One detail I would be interested in seeing is what chemical was used to increase the pH in this section of ocean? The most common water treatment chemical for that purpose is lime. The primary ingredient of lime is Calcium, which also happens to be the primary element that makes coral grow.

In addition, since the experiment was actually conducted in a section of ocean, not in a laboratory setting, variables that might have interfered with the experiment would have been impossible to control.

However, lack of detail about the experiment was far from the most misleading element of the USA Today story. Though the article did not provide any pH data from this particular experiment, there are volumes of test data available elsewhere. That data shows that the pH of Atlantic Ocean water has changed from a theoretical pH of about 8.2 a few decades ago, to a pH of 8.1 today. Calling a decline in pH of ocean water from 8.2 to 8.1 “acidification,” meaning “becoming more acidic,” is misleading at best.

A pH of 8.1 is still about 10.26 times more basic than the neutral 7, which is the dividing line between acid and basic. A decline in average ocean pH from 8.2 to 8.1 is quite insignificant when one considers that pH levels at given points swing markedly every day along a continuum four times as wide.

What’s more, despite the desire to “return the ocean to 1800’s levels,” scientists don’t know what the pH was in 1800 (the pH scale was not conceived until 1909, and the pH meter wasn’t invented until 1935.) Historic pH levels are theoretical and based on computer models. If that sounds familiar, it should. This same type of modeling produced theoretical global average temperatures that were used in the infamous “hockey stick graph.”

Despite this partial list of factual problems, the article (likely read by tens of thousands of people concerned about ecosystems) begins thusly: “Ocean acidification caused by global warming is slowing growth of the world’s coral reefs, a first of its kind experiment found.”

It is breathtaking that almost every word of this opening paragraph is at the least misleading, and at the worst patently false. As previously discussed, the ocean is nowhere near acidic or acidified; the slight decline in alkalinity may be caused by a number of other factors; and there is no peer reviewed study that shows coral growth slowing. Actually, there are several that demonstrate coral growth is accelerating in many areas. The conclusion of this experiment that “growth is slowing” is solely based on their test area, which may well have been influenced by the experiment conditions.

It is precisely this kind of over the top reporting and unfounded media panic over “carbon pollution” that has the public so skeptical of man-made climate change theory. It is precisely this ever weakening scientific case for supposed “catastrophic environmental impacts of man caused CO2 emissions” that had liberal Democrat lawmakers questioning the US Attorney General. These lawmakers, including Al Franken, are demanding that the Attorney General pursue RICO charges against so called “climate deniers” as was done against big tobacco.

Climate alarmists are losing in the arena of scientific observation, because measurable data is proving computer models incorrect. As their case crumbles, readers can expect more articles filled with hyperbole, and more lawmakers desperate to shut down legitimate scientific inquiry.