Have Voters Wearied of Dancing? 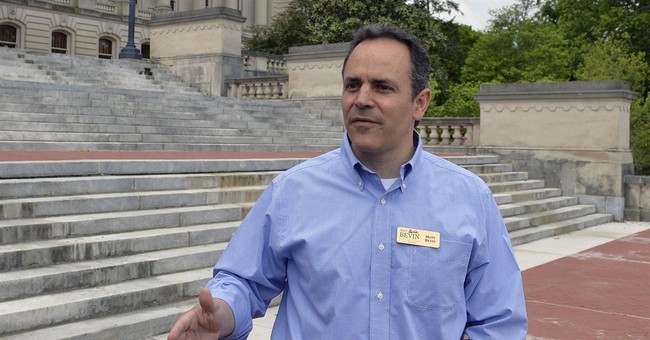 Through various devices the American voting public is exposed to nearly non-stop political information input. The sometimes sensationalist efforts of media figures to make themselves heard among the cacophony, along with the aspirations and corresponding propagandist “leaks” from their political sources often make for a toxic combination. As a result, the American voter can begin to remind one of the hapless deputy in the stereotypical western movie forced to “dance” as the outlaw gunslinger fires at his feet. The “dance” I am referring to goes something like this:

· Both liberals and moderates join forces to squash the new “radical” on the scene.

· Media (and in the case of moderates this often includes Fox News) dutifully repeats the story ad-nauseam and/or sounds the alarm against said “radical”, warning of a lack of political savvy and a loss of the independents.

· A huge percentage of the voting public accepts these accusations and fearfully votes for the “safe” candidate.

Already we have seen Cruz, Paul and Rubio survive some initial attempts to make their supporters do the dance and surely they will have to ward off many more such attempts prior to November 2016. By now the despicable tactics employed by Thad Cochran in the Mississippi Senate primary have been well documented. Likewise, though Mitt Romney was more of a moderate, Harry Reid has now gleefully admitted that he slandered Romney when he accused him on the Senate floor of failure to pay income taxes.

Another Senate race was only slightly less negative. In Kentucky’s Senate primary, Mitch McConnell’s opponent Matt Bevin was falsely accused of not paying taxes on his company and of endorsing cock-fighting! (Soliciting the cock-fighters caucus. Now there’s a winning campaign strategy! What does that gain you…fifty votes?)The tax cheat claim was later disproved and the cock-fighting distortion was more a function of political naiveté rather than anything resembling support or endorsement.

However, the national mood has changed and is changing. Despite these negative tactics and the symbiosis of the far left and the moderates, conservatives won several House and Senate seats in the midterms. This begs the question, has the American voting public moved even more to the right since 2013? Have enough Americans finally become fed up with far left assaults on the national fabric that they might discount unfounded attacks on conservatives? Consider two upcoming off year elections in the Midwest as a bellwether.

The aforementioned Matt Bevin is running for another office, that of Kentucky Governor, and the exact same spurious attacks that were leveled against him in the Senate race are being used again by the same PAC’s in the governor’s race. Likewise in neighboring Illinois 18th congressional district, staunch conservative Mike Flynn faces opposition not only from Darin Lahood (yes, son of Obama crony and Secretary of Transportation Ray Lahood) but also from the left leaning Republican Main Street Partnership.

Will Midwest voters in Kentucky and Illinois refuse to dance to the bullets whizzing at their feet? And are these voters an accurate microcosm of the national political mood? Much damage has been done to the national fabric since 2013. There has been all-out submission to Iran at the negotiating table, the aggressive assault on both traditional marriage and religious freedom, the “fiddle while ISIS burns the Middle East and Putin threatens Europe” foreign policy, lost emails, charitable organizations that sell favors to American enemies, and yet another mishandling of yet another police incident that once again needlessly inflamed racial tensions to name just a few. Even voters who may have not been fully awake in 2013 sense that something is terribly wrong in the country.

It says here that if Matt Bevin can win in Kentucky and Mike Flynn can win in the 18th in Illinois in the face of the attacks they face, if Midwest voters refuse to dance, then a Ted Cruz, or a Marco Rubio, or a Rand Paul can win the White House.

If Bevin and Flynn can win, expect not just a Republican landslide in 2016, but a conservative sweep heretofore not seen in American political history. In turn, expect a desperately needed, Thatcher like, move to the right for this country that conservatives have craved since Reagan.