Chris Edwards
|
Posted: Feb 03, 2017 12:01 AM
Share   Tweet
The opinions expressed by columnists are their own and do not necessarily represent the views of Townhall.com. 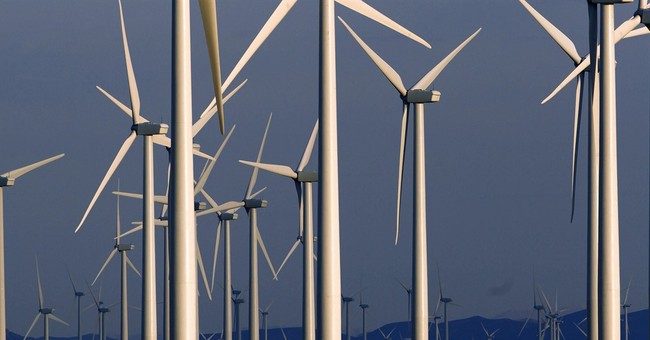 Editor's Note: This piece was coauthored by Romina Boccia and Tom Schatz.

President Donald Trump is prioritizing major tax reforms, including a large corporate tax rate cut. The cut has broad support and promises to spur growth, but it will face political opposition if it widens the already rising budget deficit. As such, President Trump would do well to pair his corporate tax cut with a cut in “corporate welfare” spending.

Trump promised to “drain the swamp” of Washington special interests, and a great way to do that would be to cut government hand-outs to businesses. We can make American corporations great again by cutting their tax burdens and weaning them off subsidies.

Here is a package of 15 corporate welfare cuts, which would save about $50 billion a year:

Farm Subsidies. These programs redistribute income upwards, with the largest 15 percent of farm businesses receiving 85 percent of the subsidies. Congress should repeal the new subsidies it added in the 2014 farm bill and impose tighter income limits on all farm programs.

Rural Business Subsidies. The Department of Agriculture subsidizes not just farm businesses, but also utilities, housing developers, and a vast range of other businesses, such as auto shops, tractor companies, clam producers, carwashes, and pharmaceutical firms.

Economic Development Administration. This agency dishes out money for such things as local road improvements, industrial parks, real estate deals, and venture capital efforts. These activities should be funded locally and privately.

Conventional Energy. The Department of Energy subsidizes oil, natural gas, coal, and nuclear power research, but these expenditures are unnecessary since private innovation in hydraulic fracturing and other techniques have revolutionized the energy industry in recent years. Utility companies have plenty of resources to fund their own research without federal aid.

Renewable Energy. Solar, wind, and other alternative energy sources are major industries receiving billions of dollars of private investment from venture capitalists and big corporations. There is no need for federal subsidies, which just encourage cronyism, as the Solyndra scandal illustrated.

Power Marketing Administrations. Subsidies to these electric transmission utilities allow them to sell power at below-market rates, but the benefits are not aimed at the needy and the low rates undermine conservation incentives.

Essential Air Service. This program subsidizes airline routes that make little economic sense. One-third of EAS routes operate with at least two-thirds of the seats empty. If local governments and businesses want to improve local air service, they should fund it themselves.

Amtrak. The government has pumped more than $40 billion into Amtrak since the 1970s. Amtrak’s cost structure is bloated and its long-distance routes lose a huge amount of money. Reforms in Britain show that passenger rail can be private, entrepreneurial, and enjoy booming ridership.

Airport Grants. The federal government subsidizes commercial airports, but restricts their ability to raise their own funds. That makes no sense. U.S. airports should be privatized and self-funded, which would increase competition and benefit passengers. Almost half of the airports in Europe have now been privatized.

Universal Service Fund. The FCC imposes taxes on phone bills, and then hands out subsidies to phone companies, local governments, and individuals. This spending is notoriously wasteful and unneeded in this dynamic and competitive industry.

Overseas Private Investment Corporation. OPIC subsidizes foreign investments, such as financing Papa John’s pizza outlets in Russia and a Ritz-Carlton hotel in Istanbul. Enron Corporation was a big recipient of Ex-Im and OPIC subsidies, which encouraged it to pursue risky foreign schemes that helped bankrupt the company.

Market Access Program. This program gives subsidies to trade associations and businesses to promote foreign sales of their agricultural products—everything from cotton and wheat to beer, wine, popcorn, and pet food.

President Trump said that he wants “a list of wasteful spending projects that we can eliminate in my first 100 days.” The above cuts would be perfect for the 100-day plan. The 2016 election showed that many Americans think that the “system is rigged.” The president can address those concerns by pursuing cuts to wasteful corporate welfare handouts.