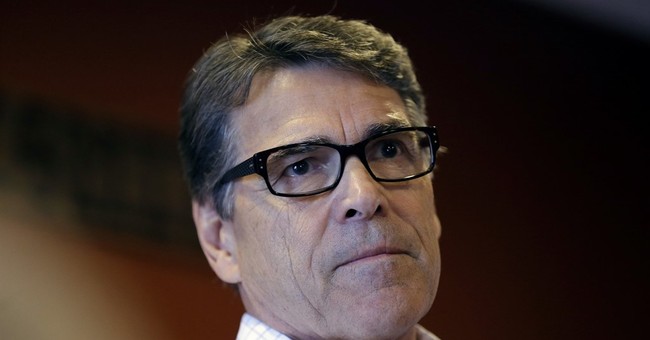 Editor's note: This piece was co-authored by Emily Ekins.

You may remember Texas Governor Rick Perry’s brutal stumble in the November 2011 Republican presidential debate. He launched into a bold statement about his budget-cutting strategy, but then he couldn’t remember the third federal department that he wanted to abolish: “Commerce, Education and the um, what’s the third one there …”

It was a damaging mistake, and we bet Perry will be better prepared this time around. But are the other 2016 presidential candidates ready for budget questions, and do they know what federal spending they want to cut?

It’s a competitive race, so they’d better bone up. Record numbers of Americans think the federal government is too big (64 percent), too powerful (60 percent) and too wasteful (51 cents per dollar of spending). Additionally, more than two-thirds of Republicans and independents think that balancing the budget ought to be a top priority. Tax hikes are out of the question for the GOP, so candidates need to focus on spending cuts and reforms.

Politicians usually shy away from spending cuts, but polling reveals that getting Washington out of state and local activities is popular across the political spectrum. Reviving federalism is a way for GOP candidates to push common-sense downsizing. A 2013 Cato/YouGov poll showed that large majorities of Americans prefer state rather than federal control over education, housing, transportation, welfare, and health insurance. Just 25 percent of Americans, for example, think that the main decisions over education ought to be made at the federal level.

There is an opportunity here for Republicans in 2016 because there has been a shift in public opinion in favor of federalism or decentralization. More Americans want political decisions that affect their lives to be made closer to where they live—where their voice can be heard. The Cato/YouGov poll asked the same questions as a 1973 Harris poll about which level of government ought to take the lead on different policies. Since 1973, support for federal leadership over state leadership has fallen from 49 to 38 percent for health insurance, 39 to 31 percent for welfare policy, 29 to 22 percent for transportation policy, and 28 to 18 percent for housing policy.

It is true that if you ask Americans whether particular federal departments should be abolished—as Rick Perry proposed—majorities tend to oppose it. Without any context provided, support for a department, such as Education, becomes conflated with its intention, educating children. People need to be reminded of the scandals and failures that plague many federal agencies—and that should be the role of GOP candidates in 2016. Candidates should inform the public about why activities, such as education, can be better handled locally.

Proposals to abolish these behemoth federal departments are even more popular among Republicans. Majorities of Republicans support abolishing HUD (59 percent), DoE (55 percent), and also agencies such as the Environmental Protection Agency (61 percent).

Once target bureaucracies are identified, candidates should drive home a reform message by describing the damage they cause. HUD, for example, has a disastrous history of corruption and failed public housing projects. It is also the department that the Obama administration is currently using to build vast databases of Americans’ personal data to micromanage policies based on race and class. HUD is a poster child for failed and harmful federal involvement in local activities, and it should be at the top of every list of proposed cuts.

Republican candidates want to signal that they are fiscal conservatives in the mold of Ronald Reagan. They can prove that they mean business by hammering away on specific cuts, and polling shows that federal meddling in state and local activities is a great target. It worked for Reagan in 1980, and it can work again in 2016.