Reagan and the Air Traffic Controllers 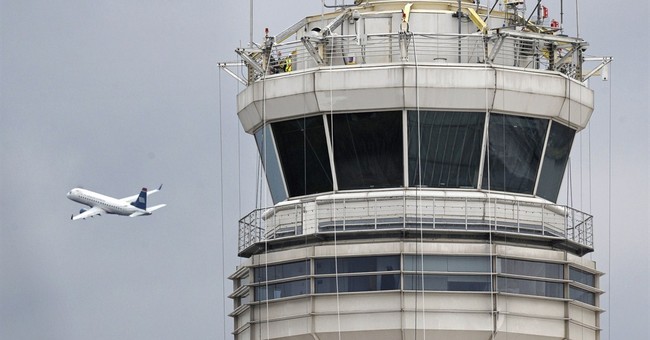 An obituary in the Washington Post for Robert Poli provides a chance to look back at a decisive moment in Ronald Reagan’s presidency. Poli was the head of the militant Professional Air Traffic Controllers Organization (PATCO), which launched an illegal strike in 1981. The Post describes the significance of the action:

The strike by PATCO, Reagan’s subsequent breaking of the union and the hiring of replacement workers were among the most significant job actions of their time, said Joseph A. McCartin, a professor at Georgetown University and a specialist on labor and social history. They “helped to define labor relations for the rest of the century and even into the 21st century,” he said, turning public sentiment away from striking as a legitimate labor tactic and further emboldening employers in the private sector to permanently replace striking workers.

Reagan’s hard line with the PATCO strikers six months into his presidency helped establish an image of him at home and overseas as a strong leader who would not be pushed around.

Here is the sequence of events:

There were widespread flight cancellations and delays, and 22 of the nation’s busiest airports were directed to reduce their scheduled flights by 50 percent.

That morning in the White House Rose Garden, Reagan declared, “I must tell those who failed to report for duty this morning they are in violation of the law, and if they don’t report for work within 48 hours, they have forfeited their jobs and will be terminated.”

Two days after the walkout began, Transportation Secretary Drew L. Lewis announced that at least 12,000 striking air traffic controllers had been terminated and would not be rehired “as long as the Reagan administration is in office.”

The Reagan administration stuck to its guns. The strikers were replaced by nonstriking controllers, air traffic supervisors, and military controllers until new controllers were trained.

The episode was a very gutsy move by Reagan, with beneficial consequences. But as I note here, the 1981 strike and response did not come out of nowhere—PATCO had been causing problems for years. In 1969, for example, about 500 members of PATCO called in “sick” in a protest, which caused major air service interruptions. And in 1970, about 3,000 members of PATCO took part in another “sickout,” or illegal strike, that caused chaos for the nation’s air traffic. Those sorts of union troubles continued during the 1970s, which set the stage for the Reagan showdown.

Today, the government’s air controllers have a different union organization, NATCA. Rather than illegal striking, these folks do what a growing number of groups in society are doing to advance their agendas: they lobby.