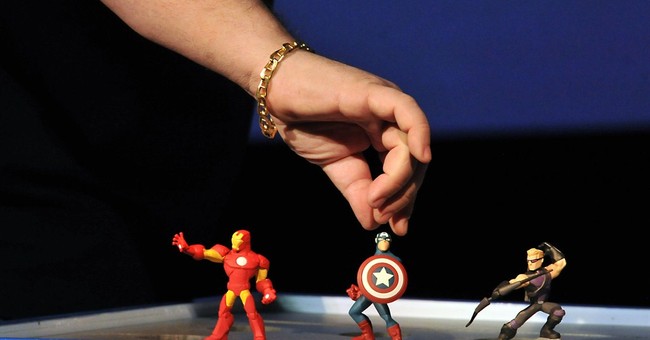 Side-by-side obituaries in the Washington Post on Sunday were an interesting juxtaposition.

One obituary was for Efrem Zimbalist, Jr., a fine actor known for playing an agent in the television series “The F.B.I.,” which ran from 1965 to 1974. I never saw this show, but it sounds like many shows over the decades that have portrayed government agencies as super-efficient, laser-focused on the public interest, and always getting the bad guys.

By the end of each episode, “Mr. Zimbalist’s character, Inspector Erskine, and his fellow G-men had captured that week’s mobsters, subversives, bank robbers, or spies.” That surely helped to burnish the FBI’s image, as did the “stunning good looks” of Zimbalist.

The Washington Post notes: “Perceiving that the series could provide the real FBI with an important P.R. boost, [J. Edgar] Hoover opened the bureau’s files to the show’s producers and even allowed background shots to be filmed in real FBI offices.” Hmm, I wonder whether that influenced the show’s portrayal of the agency?

The other obituary was for Al Feldstein, a pioneering editor of Mad magazine, which had a circulation of 2.8 million by the 1970s and “shaped” many young minds. I had one of those young minds, and was influenced by the magazine’s “mockery of adult hypocrises.”

Feldstein saw his magazine “as a form of civic education” for young people. He said “it was their pipeline into the truth about what was happening in the country.” It “taught them skepticism,” which was certainly true for me.

While “The F.B.I.” was apparently portraying the FBI as beyond reproach, Mad magazine was busy “puncturing pomposity.” And here is where the two obituaries collide. Mad “asked readers to write FBI Director J. Edgar Hoover to request an ‘Official Draft Dodger Card,’” and many did. One would think that the agency would have been too busy catching mobsters to pay attention to such a prank. But no: “In a predictably bizarre encounter, FBI agents paid a visit to Mad’s offices in New York, dropping hints that Hoover didn’t take kindly to such shenanigans.”

Later on, America found out that it was Hoover who was committing the real shenanigans. In 1971 a group of skeptical young people “broke into a Bureau branch office outside of Philadelphia, seeking evidence for what they’d long suspected: that Hoover’s FBI was engaged in a secret, illegal campaign of surveillance and harassment of American citizens. The documents they found revealed massive abuses of power and helped lead to new legal checks on domestic surveillance.”

They probably didn’t find any files on Mad in that Philadelphia office, but apparently FBI HQ had accumulated 36 of them over the years.

The Washington Post says that Mad “warped the sensibilities of America’s youth” and exerted a “subversive” influence. But there is nothing warped about teaching skepticism. The real warping comes from all the Hollywood portrayals of government as a benevolent force led by technocratic experts who can solve all our problems.

CARTOONS | Chip Bok
View Cartoon
What Caused AG Barr to Ask His FBI Detail to Make ‘A Quick U-Turn’ While Driving Through Virginia
Matt Vespa
WATCH: Biden Doubles Down on His Racist Comments About All Blacks Being the Same
Bronson Stocking
The Face Mask Tiger Woods Wore to the PGA Championship Will Definitely Trigger Liberals
Bronson Stocking