Back to Spending as Usual? 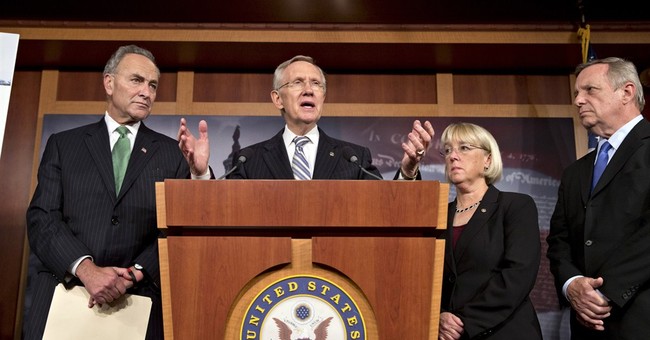 The real loss for fiscal conservatives this week was not that Obamacare wasn’t defunded or that there were no entitlement cuts in the deal that reopened the government. Fiscal conservatives in Congress face entrenched opposition on those issues, and so to make gains they will need to launch repeated forays. Those goals are a work in progress.

The deal to reopen the government called for a conference committee to iron out differences in the House and Senate budget plans. The usual starting point for such committees is to split the difference on spending levels down the middle. The Senate budget puts 2014 discretionary spending at $1.058 trillion, while the House budget puts it at $967 billion, which is the sequester level.

Republican leaders have already indicated that they want to bust the sequester by at least $20 billion this year to make way for more defense spending. But with this deal, the Republicans are opening themselves up to spending perhaps $1.013 trillion in 2014, which is halfway between the House and Senate levels.

So the difference between sticking to the sequester—which is current law—and scraping current law with a new deal could be, say, $46 billion just this year. That higher spending level would raise the base for every future year, thus possibly costing taxpayers another half a trillion dollars over the next decade.

The Chicago Tribune says with this week’s deal is good news because “Washington’s focus now is on our national debt.” That may be wishful thinking. I fear that the focus of leaders in both parties has now turned to how much more spending they can get away with by junking the budget limits set in current law.