Five Things The President Should Say About Climate Change

Charlotte Whelan
|
Posted: Oct 21, 2020 12:01 AM
Share   Tweet
The opinions expressed by columnists are their own and do not necessarily represent the views of Townhall.com. 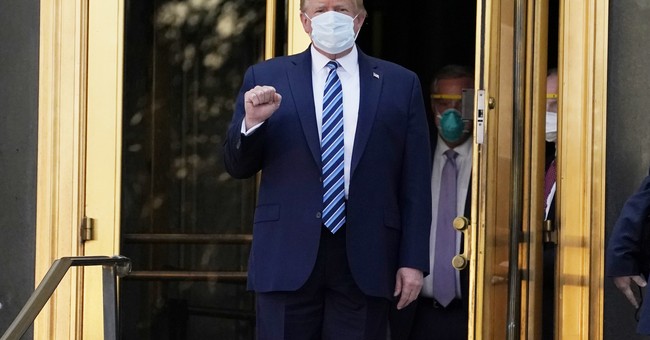 Many Republicans likely grimaced when they learned that climate change was among the topics for the final presidential debate:  They assume that’s a tough one for the President and any conservative.

But the President has a lot of good news and a positive policy agenda to share. Here are five key points that the president should hit.

1. The United States has consistently led the world in technological development to address new challenges, and climate change is no different.

Most Americans agree that climate change is real and want the country to take action to reduce our carbon footprint. The good news is that we are already doing that, and more successfully than about any other nation.

From 2005 to 2017, U.S. energy-related carbon dioxide emissions fell by 14 percent while the rest of the world increased emissions by 20 percent. Since then, U.S. emissions have only risen by 1 percent. America’s environment has improved and our carbon footprint has declined because of innovation: we are making traditional energy sources cleaner and using more renewable energy sources.  This is the trend we want to continue.

Renewable energy producers are succeeding in the energy market, by finding more efficient and effective delivery methods. General Electric recently announced its Haliade-X offshore wind turbine, which will produce 45 percent more energy than any other offshore wind turbine today. Meanwhile, solar power utility production grew 74-fold from 2009 to 2018 and the small scale production on rooftops almost tripled in the four years following 2014. Finally, since its first use back in 1972, carbon capture and storage (CCS) usage has grown and today is being used through the United States with over two dozen additional projects in development across the country. The Shute Creek CCS facility captures approximately 365 million cubic feet per day of carbon dioxide, equivalent to removing more than 1.5 million cars from the road.

This kind of market-driven innovation is what we need, and would be stymied by heavy-handed government mandates such as those advanced in the Green New Deal.

Don’t attack Biden for his back-and-forth stance on fracking. Instead explain how critical fracking has been in creating a cleaner energy mix for America.  The fracking boom of the early 2000s has made natural gas the main source of energy in America. The reliability of natural gas allows it to complement intermittent renewable energy sources while the affordability of the gas has led it to overcome coal and become the largest source of electricity in the United States, helping the nation to lower our emissions dramatically in the last two decades. Why would we want to reverse directions on this?

4. We need to improve energy storage capabilities so we can incorporate more renewable energy.

Climate change activists push for commitments by companies and nations to use a certain percentage of renewable energy by a certain year. As nice as these commitments might sound, we can’t scale up and rely solely on wind, solar and other renewable energy sources until we can store the energy produced by them. While energy storage technology has improved in recent years, it is nowhere near the capacity that commitments made by companies and nations across the world demand. In order to encourage private development of energy storage, the U.S. Department of Energy launched the Energy Storage Grand Challenge, a program designed to accelerate the development, commercialization and utilization of new energy storage technologies. This is the type of government policy that we need - innovative ways to incentivize the development of critical technology - not setting unrealistic goals or restrictive regulations.

5. The United States should continue to take a balanced approach to combating climate change.

Unrealistic energy mandates that lead to unreliable power are dangerous and destructive.  We witnessed this in California, with the blackouts experienced by thousands in California.  In Europe, we’ve seen mandates lead to crippling increases in energy costs, particularly harming lower-income families.  America can do better.   Americans need a reliable and efficient energy supply, while integrating cleaner technologies as the capabilities improve and further reduce our carbon footprint.

The United States has long been a climate leader. America should continue the work she’s begun by continuing to develop new and better technologies to combat climate change. We all want to fight climate change. But let’s take the practical and proven path forward.

Charlotte Whelan is a policy analyst at Independent Women’s Forum and a member of the Steamboat Institute’s Emerging Leaders Council.