Charlotte Hays
|
Posted: Aug 05, 2016 12:01 AM
Share   Tweet
The opinions expressed by columnists are their own and do not necessarily represent the views of Townhall.com. 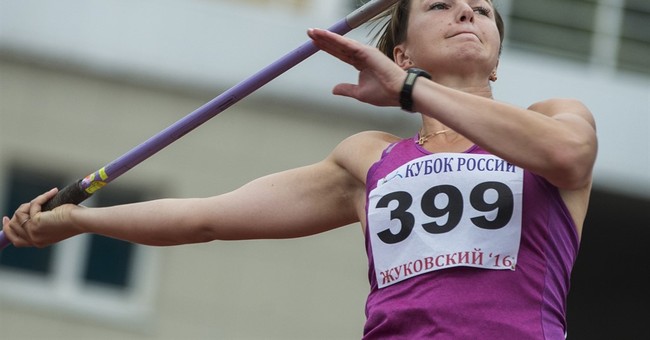 Although Title IX, the 1972 federal statute banning sexual discrimination in education, is generally regarded as a girl thing, a guy is now preparing to make use of the law--and it is high time that men make use of this law that was, after all, aimed at equality, not just advancing women's interests, to beat back the growing tide of anti-male sexism on too many college campuses.

A freshman at Columbia University in 2013, "John Doe" was suspended by the university after a female student ("Jane Doe") lodged a sexual assault complaint against him. John claims he didn't get a fair shake because the university was biased against him on the basis of gender.

John sued Columbia but the case was originally dismissed by the U.S. District Court for Southern New York. However, last week the U.S. Court of Appeals for the Second District reversed the district court and now John Doe's case is free to proceed.

Prepare to see a lot more “John Does” filing cases claiming that their Title IX rights have been violated by college authorities, and we have the Obama administration to thank for this development.

Over the years, however, Title IX has been used and abused and enlarged to promote all sorts of agendas that have nothing to do with fairness or educational opportunities. Colleges and universities now have well-staffed Title IX offices that enforce these agendas.

First, Title IX was mostly used as a bludgeon against college athletic departments. Congress had specifically ruled out quotas when passing Title IX, but the statute was soon interpreted and enforced in ways that made quotas in athletic departments inevitable. Schools were expected to produce a strict numerical proportionality of girls and men's teams based on school population--even if interest in sports might be disproportionate--if they wanted to avoid costly lawsuits.

The next great leap forward in interpreting and enforcing Title IX came April 4, 2011 when the Obama Office of Civil Rights (in the Education Department) issued its infamous "Dear Colleague" letter to education officials. The Dear Colleague letter stipulated that abiding by Title IX (and thus not risking federal funding) now meant adopting an entirely new standard in adjudicating allegations of sexual assault--reasonable doubt, a cornerstone of western jurisprudence, was to be ditched and replaced by an entirely different standard--preponderance of evidence standard. KC Johnson, writing on the Minding the Campus blog, pointed out that the accused young men--and they are just about all men--would be judged "according to a 50.00001 percent preponderance of evidence standard, an approach that mocks even the pretense of due process."

In one case, Johnson noted, Wendy Murphy, a lawyer who specializes in Title IX cases, came close to saying that failure to convict the accused is the same thing as an OCR violation. He quoted some revealing remarks from Ms. Murphy: “The preponderance standard is simple," she said. “When her accusations are deemed credible, and his denials are not described with the same glowing terminology, she wins.”

By the way, I'm using the term "convictions" loosely--these cases are often handled by campus tribunals rather than the legal system, which is more likely to have the expertise to investigate and adjudicate sexual assault accusations. Furthermore, in campus tribunals, the accused often has limited, if any, recourse to call witnesses or mount a defense.

Underlying the preponderance of evidence standard is an idea, enshrined in feminist rhetoric and "Law and Order" reruns, that it is just too painful for a woman to have these allegations handled in the legal system. It is painful, no doubt about that, but it is also a process that is far more likely to produce a just outcome. And, if it makes feminists feel any better, the process is also painful for men accused unjustly – that’s the nature of such disputes.

As for the Columbia student, whose case will now go forward in a court of law (unless Columbia gets cold feet and decides to settle out of court), Judge Pierre Laval wrote in the Second District Court of Appeals ruling, “[I]t is entirely plausible that the [Columbia] University’s decision-makers and its investigator were motivated to favor the accusing female over the accused male, so as to protect themselves and the University from accusations that they had failed to protect female students from sexual assault."