American Graffiti 2.0: Whatever Happened to Summer? 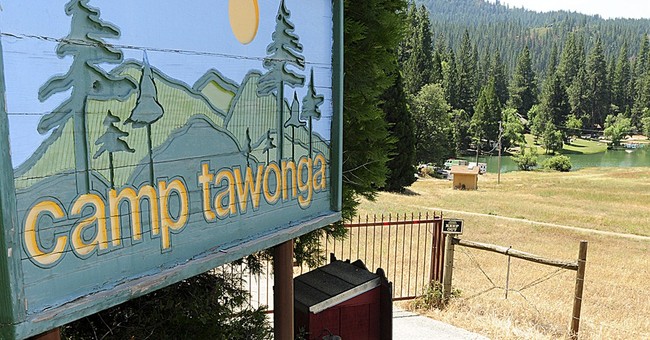 Whenever I think of my teen summers, I recall the blissful cool of the Cinema 1-82, a magical place named for its location in a mini-mall at the juncture of two highways, next to Pasquale's Pizza, also of blessed memory.

Since our little town wasn't the sort of metropolis that got a new movie every week, my best friend and I saw quite a few movies more than once. I can still savor the ghostly taste of Junior Mints, my madeleine—has Mrs. Obama banned them yet?—and recall being head over heels for then-teen idol Troy Donahue, who, alas, matured into an ugly, old degenerate. But I digress.

Some of us held down summer jobs--after all it was still an era when summer jobs were plentiful--and some of us loafed. It’s true, though the former loafers can no longer admit to such indolence in polite society today. Job or no job, by night we all endeavored to gather at Strazi’s Drive-In, which should have been—but wasn’t—filmed for a scene in the movie American Graffiti, George Lukas’ painfully evocative classic about high school graduation night, the last night of innocence for high school graduates, circa 1973, before they went into the world of the Vietnam War and adulthood. I wonder how many times American Graffiti played at Cinema 1-82!

Such lazy summers would be as alien as Samarkan to today's high-school and college-aged young people. And summer—like everything else in our increasingly class-conscious society—has become two-tiered.

There’s one summer for low-income kids, desperate for jobs that don’t exist in this economy, and then there’s summer for middle class and private school kids, who’ll spend the three months being “enriched” through classes and internships and engaging in other activities that will look good on resumes. Resumes, for heaven's sake! To borrow from Porgy and Bess, the ultimate authorities on summer time, the livin' won't be easy for either of these groups of young people.

For the children of affluent parents, the summer is now an epoch of relentless, structured activity, a prelude to relentless careerism. Unpaid internships, something I’m not sure even existed in my Cinema 1-82 idyll, are not seen merely as a way to be of service and gain organizational skills but as a powerful tool in getting ahead. In this, they are the epitome of the New Class summertime.

“What's the value of a particular position?” the Huffington Post ponders in an article on summer internships. “Carefully consider your ultimate goals before accepting a position, paid or unpaid. A paid internship may be your goal but if jobs are few and far between in the industry you want to enter or if you're looking for a job at a specific company, an unpaid internship may be one of the best ways to network into the business.”

God Lord, deliver us from networking teen-agers. To his credit, one of my friend’s sons worked at the check-out counter in a market. Okay, it was an organic market. Bagging groceries in the local organic market, however, is an excellent way to learn about being courteous and helpful, and, unless the youth is planning to be a grocery magnate, the experience has blessedly limited networking opportunities. This is not what most parents want for their children, though. Every year the frantic rush is on by New Class parents to find the right internships in media, nonprofits, and lobbying firms, as long as they lobby for acceptable things. Ideal job: rainforest lobbyist.

Curling up with a book is no longer considered sufficiently enriching to qualify as a legitimate summer pastime. Better to sign up for a “Physics Phun” course or bicycle through the developing world learning more about indigenous peoples and diversity. Nothing wrong with broadening one’s horizons, except that these New Class activities are likely to promote a subtle sense of moral superiority that, say, working on a road construction gang—once considered an honorable way to earn money to help pay one’s way through college—will be less likely to inculcate.

Unlike their more affluent contemporaries, low-income youths need paying summer jobs. But there are fewer and fewer jobs for these young people. Unemployment among minority youths has reached epic proportions—for African-American youths the unemployment rate was almost half—48.6 percent—in 2010. They worry about something far more basic than internships. Newsday recently reported that a Long Island amusement park, which offers summer employment to teens, received 3,000 applications for 550 jobs.

For these teens who are unable to find paying work, summer is likely to consist of aimless loitering or hanging out in places lacking basic security much less the space for a creative imagination, which seems like such an important, overlooked aspect of growing up. Some end up getting in trouble. A recent study of low-income teenagers in Boston found, not surprisingly, that those who have summer jobs are less likely to engage in violence.

Andrew Sum, director of Northwestern University’s Center for Labor Market Studies, which conducted the study, was quoted on PBS saying that fewer and fewer kids are reaping the benefits of a productive summer job. He said that high-school kids today work at a rate of about half what it was in 2000.

The well-to-do kids will also find that, even if they succeed in racking up great credits in high-powered offices and engage in exotic summer activities they, too will be gradating into a world of high unemployment.

Maybe the reason past generations were capable of enjoying those easy, memorable summers was that we had less angst about the future. We could assume that we were graduating into a prosperous country where we would find work and fulfillment in adult lives. Some young people today may find themselves a few years from now living at home, looking for work, and reminiscing about those halcyon days as an unpaid intern.

Sadly, that sense of possibility and expectation that we took for granted in the lazy summer time today seems as retro as my Cinema 1-82.