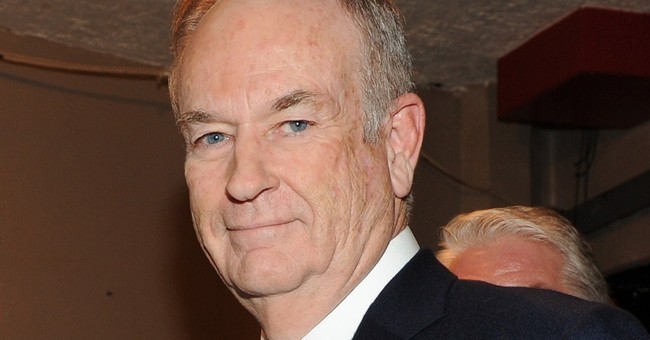 Fox News’ ratings kingpin Bill O’Reilly sounds a repetitive theme, going back several years, in his nightly “Talking Points” memo when addressing Barack Obama’s economic views. Bill, in his earthy expression style designed to convey to “the folks” that he’s just looking out for them, points out that the President is not a guy who believes in capitalism or free market ideas. He contends that instead Obama is driven more by “social justice” type concerns. What invariably follows in Bill’s analysis, and is happening more frequently, is commentary on the struggling U.S. economy under the caped social-justice crusader’s watch.

Mr. O’Reilly is likely more right about the driving forces behind Barack Obama’s economic policy choices than even he realizes. That’s because not only does the President choose social justice over capitalism, he does so because he, like his collectivist minions, actually believes that the intellectual and behavioral underpinnings of capitalism are antithetical to notions of social justice within an economy.

What President Obama fails to understand is that capitalism is not only compatible with social justice, it is intrinsic to its attainment.

Turning Point USA, an organization dedicated to spreading the message of free markets to American high school and college youth and calling them to action, has recently published a pamphlet titled “Capitalism Cures” (available for free). Inspired by a speech delivered by U2 front man, Bono, in 2013 wherein he extolled the healing powers of free markets, the Turning Point message is that if you are concerned about social justice and fairness to all, then capitalism provides the best and only vehicle to use. Since Turning Point focuses its messaging to Millennials, let’s consider the following applicable example:

At College of the Ozarks, located in an idyllic setting looking out at Lake Taneycomo in Point Lookout, Missouri, incoming freshman are presented with an exciting opportunity. The college has a program known as Hard Work U in which students are charged no tuition in exchange for working at various jobs on campus. With average student debt upon graduation from a private university now over $33,000, this permits a student who honors their work requirement and meets necessary academic standards to graduate debt-free with a degree from an accredited four year program.

How do they do it? Well according to the Ozark’s website “Annual support from benefactors keeps the ‘Gates of Opportunity’ open wide…Full-time students work…to cover a portion of their cost of education. The remainder is underwritten through grants and scholarships, which are made available through donor provisions” (italics added).

So individual donors (yes, individuals…corporations are legally people but only real people make decisions) across the country have felt the need to address the financial cost of education; always a rallying call for social justice advocates. They have reached into their wallets, for whatever their motivations, to help provide a step up the ladder to young people who are willing to make the commitment and do the hard work. No gun to their head, no tax collector at their door, no community organizer shaming or bullying them into a charitable frame of mind. They give because they want to give. More important, however, is how they came to be able to give in the first place.

Every donor who supports Hard Work U has had to have undertaken some form of hard work themselves. They have to go out into the still somewhat free marketplace and produce something that somebody wanted to buy; something of value. Without the voluntary exchange and control of private property found only in a capitalistic system they would not have been able to obtain the means to their end which is to help others.

The intellectual founder of the invisible hand of capitalism was the Scottish Enlightenment philosopher Adam Smith. In The Wealth of Nations (title’s common abridgement) published in 1776, a well-known passage reads “It is not from the benevolence of the butcher, the brewer, or the baker, that we expect our dinner, but from their regard to their own interest.” This “their own interest” concept has been the intellectual prey into which collectivists sink their talons when decrying the unfairness of capitalism.

But Smith also wrote extensively on matters of justice and charity. He found nothing at odds within capitalism regarding either virtue. Instead he found them inextricably linked to one another. Smith knew that neither the butcher nor the brewer could help anyone at all without first enjoying success in the free market. Perhaps O’Reilly could buy the President a book?