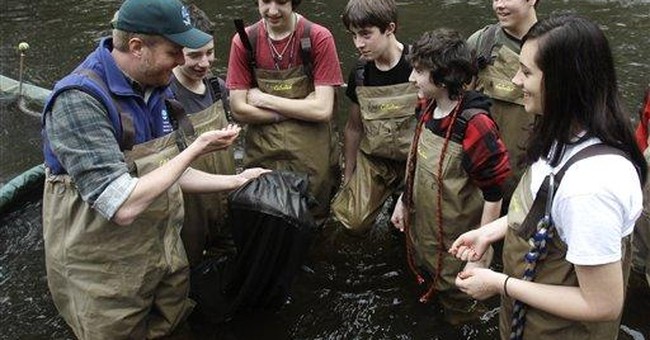 In the Academy Award nominated movie American Hustle we get a literary-licensed version of the real life grifters Mel Weinberg and muse Sydney Prosser in the story of how they brought to use their con-artist capabilities to assist the FBI in the 1978 ABSCAM sting operation involving bribes and U.S. Congressman. During the film we get moments where it is clear that the two protagonists don’t always trust each other. After all, if you’re a con man how can you trust and respect someone who trusts you?

Last week Millennials and all Americans were given a real- life glimpse into the grifters psyche and their inherent dismissiveness of the “mark”. While a guest on The Tonight Show with Jimmy Fallon Michelle Obama was asked about the challenge Obamacare faces in not attracting the requisite number of young enrollees. Her response was "A lot of young people think they're invincible, but the truth is young people are knuckleheads”. She went on to add that young people often cut themselves while cooking or injure themselves by dancing on bar stools.

Apparently young people need Obamacare if for no other reason than to replace missing digits and treat bruised tailbones.

Now Michelle was chuckling as she made this statement which is of course designed to provide non-verbal cover to an otherwise outrageous verbal remark. But let us not provide quarter to the First Lady just yet. Her remarks, offered with smile, are incredibly telling and should generate reasonable degrees of outrage from the demographic she so flippantly dissed.

In 2008 and again in 2012, Barack Obama made reaching out to Millennials one of the main weight-bearing pillars upon which he erected his campaign. In 2008 Millennials chose Obama over John McCain by a greater than 2:1 margin (66% vs. 32%). Their unified support, combined with their high turnout, made the Millennial Generation the decisive force in his victory. Young voters accounted for over 70% of Obama's almost nine million popular vote margin over John McCain. In 2012, while his numbers were down, he still beat Mitt Romney 60-36 in the same age group.

And so it came to pass that my generation came out in numbers never before seen to respond to the call of Barack Obama, and his campaigning wife, for their support to help him fundamentally transform America. In 2012 I witnessed with my own eyes the mob euphoria over his re-election. Millennials had done it. Their vote mattered. They had won!

But the victory was a hollow victory, as now they find themselves unemployed, compelled to buy healthcare they can’t afford or don’t want and faced with chaotic global unrest.

It is said that people in an unguarded moment say things that they don’t really mean. That isn’t true. What they do is say things they didn’t mean to say. That is what Michele Obama did with Jimmy Fallon. Webster’s lists synonyms for “knucklehead” to include ignoramus, imbecile and moron. Did the First Lady not understand what the word meant? Can’t be; the media has repeatedly attested as to her acumen. It is very safe to assume she didn’t mean to call young people knuckleheads but it is equally safe to assume she meant it.

How can a Millennial be an intelligent voter one minute and a knucklehead the next? If they are knuckleheads over health care then they were knuckleheads before when they cast a vote for Obama. The First Lady can’t have it both ways. The same group of people whose votes were bought with millions of dollars has just been told they were dupes; that their votes mattered deeply but were cast in ignorance

This is an age old occurrence; when any individual or group of people seeks to attain power and control over others they will seduce them in order to gain their trust and support. They will make every necessary promise and give lip service to every grievance from a given constituency. Once they have power, however, they treat that very same group with contempt. It has happened throughout human history and it is happening here.

During the Cold War, the term “useful idiots” was coined to label those who defended the Soviet Union. Millennials need to understand history but more importantly they need to understand the present. This administration has all along seen us as a means to an end. I urge my fellow young Americans to reverse course and become an end to the Obama’s means. Ms. Obama, we’re useful; but we are not idiots!