Charles Payne
|
Posted: Jan 12, 2017 12:01 AM
Share   Tweet
The opinions expressed by columnists are their own and do not necessarily represent the views of Townhall.com. 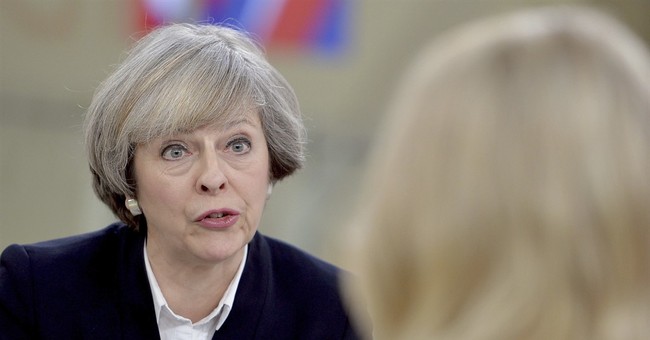 This headline from across the pond is at once ironic. It is also a reminder that experts are often wrong, and that experts often have ulterior motives when it comes to their conclusions. The British Exit vote was supposed to underscore how vulnerable Great Britain had become and its need to embrace its primary trading partners on the continent.

The fact of the matter is that the European Union (EU) is a failed experiment. The common currency has made things even worse; nations that have no fiscal discipline also have no way to provide cover for themselves as the lone printing press since the European Central Bank takes its orders from Germany.  The fear that a series of dominoes would begin to fall if England bolted the EU might be true; however,  the United Kingdom (U.K.) isn’t the one that will begin the toppling.

While we wait for the Dow Jones Industrial Average to eventually eclipse 20,000, this is a great time to review an event that precipitated Trump’s presidential victory in America.  The British Exit vote, otherwise known as Brexit, set the world on fire by confounding the experts not only by the outcome of the vote but also the outcome of the decision.   Initially, the Financial Times 1000 (FT1000) followed the script of fear-mongers.

The vote on June 23 saw the U.K. Blue-Chip Index tumble from 6,338 to 5,982 by June 27, setting the stage for the blame game and additional economic disasters.  Those things never happened.  On the contrary, the Financial Times Stock Exchange (FTSE) is up 22%. It’s not just a reflection of hype but the manifestation of its unlocked potential becoming reality.  The manufacturing and service economies are cooking with gas, helping the third quarter Gross Domestic Product (GDP) climb to 2.3%, the highest in more than a year.

The U.K. economy has clearly outperformed those on the Continent which continues to reel from embedded issues and policies, only to be given lip-service with the creation of the EU and later the Euro.

The U.K.’s Business confidence crashed in late 2015, hitting its nadir in the second quarter of last year, before strongly rebounding in the third quarter.  According to Visa (V), the fourth quarter was the strongest for consumer spending in the United Kingdom in two years, driven by a 7.3% surge in spending at hotels, restaurants, and pubs.

The British Exit vote should serve to calm nerves about the stock market rally, stalling and underscoring the potential for the promise of the Trump presidency to yield results- first, he has to be sworn into the job.

The auto industry continues to step up its public relations campaign in the aftermath of being at the center of Donald Trump’s tweets and subsequent meetings.

Mary Barra & Co hiked its earnings guidance with the top end now at $6.50 from $6.00 and added $5.0 billion to the current share repurchase program to bring it to $14.0 billion.

This is the day after the company’s North America chief, Alan Batey said the industry has been unfairly singled out, and it would be “more appropriate” for the incoming administration to target others, including Apple (AAPL).  He went further, guessing that a lot of other industries will probably get into the discussion of manufacturing offshore over time.

He added -perhaps facetiously- that he didn’t know how many iPhones are made in the United States for U.S. consumption.  Ouch!  This prompted a reply from Apple that the company has contributed two million jobs in the U.S. across suppliers and developers, including 1.4 million among mobile-app developers.

Tuesday morning headlines suggested that Apple was expanding its manufacturing capabilities at a site in Mesa, Arizona, but it turns out that there are no plans to manufacture out of that plant and the notice was to renew its Foreign Trade Zone status only. Still, this is an interesting development as industries are now going to try and push other industries into the Trump Tweet Zone.