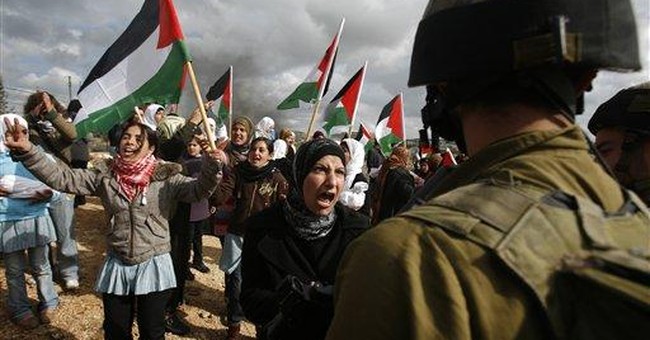 WASHINGTON -- Israel's leaders have purposely obscured their war aims in Gaza. But there are only two possible endgames: (A) a Lebanon-like cessation of hostilities to be supervised by international observers, or (B) the disintegration of Hamas rule in Gaza.

Under tremendous international pressure -- including from an increasingly wobbly U.S. State Department -- the government of Ehud Olmert has begun hinting that it is receptive to a French-Egyptian cease-fire plan, essentially acquiescing to Endgame A.

That would be a terrible mistake.

It would fail on its own terms. It would have the same elements as the phony peace in Lebanon: an international force that abjures any meaningful use of force, an arms embargo under which arms will most assuredly flood in, and a cessation of hostilities until the terrorist side is rearmed and ready to initiate the next round of hostilities.

The U.N.-mandated disarmament of Hezbollah in Lebanon is a well-known farce. Not only have foreign forces not stopped Hezbollah's massive rearmament. Their very presence makes it impossible for Israel to take any preventive military action, lest it accidentally hit a blue-helmeted Belgian crossing guard.

The "international community" is now pushing very hard for a replay in Gaza of that charade. Does anyone imagine that international monitors will risk their lives to prevent weapons smuggling? To arrest terrorists? To engage in shootouts with rocket-launching teams attacking Israeli civilians across the Gaza border?

Of course not. Weapons will continue to be smuggled. Deeper and more secure fortifications will be built for the next round. Mosques, schools and hospitals will again be used for weapons storage and terrorist safe havens. Do you think French "peacekeepers" are going to raid them?

Which is why the only acceptable outcome of this war, both for Israel and for the civilized world, is Endgame B: the disintegration of Hamas rule. It is already under way.

This is not about killing every last Hamas gunman. Not possible, not necessary. Regimes rule not by physically overpowering every person in their domain, but by getting the majority to accept their authority. That is what sustains Hamas, and that is what is now under massive assault.

Hamas' leadership is not only seriously degraded but openly humiliated. The great warriors urging others to martyrdom are cowering underground almost entirely incommunicado. Demonstrably unable to protect their own people, they beg for outside help, receiving in return nothing but words from their Arab and Iranian brothers. And who in fact is providing the corridors for humanitarian assistance to Palestinian civilians? Israel.

In the first four minutes of this war, the Israel Air Force destroyed 50 targets, taking down practically every instrument and symbol of Hamas rule. Gaza's Potemkin leaders were marginalized and rendered helpless, leaving their people to fend for themselves. At such moments, regimes are extremely vulnerable to forfeiting what the Chinese call the mandate of heaven, the sense of legitimacy that undergirds all forms of governance.

The fall of Hamas rule in Gaza is within reach, but only if Israel does not cave in to pressure to stop now. Overthrowing Hamas would not require a permanent Israeli reoccupation. A transitional international force would be brought in to immediately make way for the return of the Palestinian Authority, the legitimate government whose forces will be far less squeamish than the Europeans in establishing order in Gaza.

The disintegration of Hamas rule in Gaza would be a devastating blow to Palestinian rejectionists, who since the Hamas takeover of Gaza have been the ascendant "strong horse" in Palestinian politics. It would be a devastating blow to Iran as patron of radical Islamist movements throughout the region, particularly after the defeat and marginalization of Iran's Sadrist client in Iraq. It would encourage the moderate Arab states to continue their U.S.-allied confrontation of Iran and its proxies. And it would demonstrate Israel's irreplaceable strategic value to the U.S. in curbing and containing Iran's regional ambitions.

Olmert had such an opportunity in Lebanon. He blew it. He now has a rare second chance. The one-step-from-madness gangster theocracy in Gaza -- just four days before the fighting, the Hamas parliament passed a Sharia criminal code, legalizing, among other niceties, crucifixion -- is teetering on the brink. It can be brought down, but only if Israel is prepared -- and allowed -- to complete the real mission of this war. For the Bush State Department, in its last significant act, to prevent that with the premature imposition of a cease-fire would be not just self-defeating but shameful.