Charles Clough
|
Posted: Mar 14, 2017 12:01 AM
Share   Tweet
The opinions expressed by columnists are their own and do not necessarily represent the views of Townhall.com. 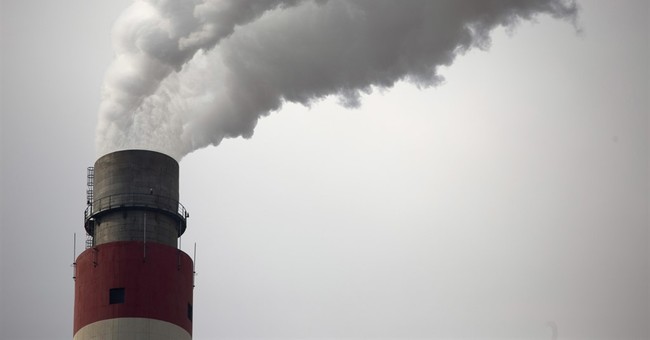 During his candidacy Donald Trump said he would withdraw the United States from the Paris climate agreement. Lately the White House received three letters by MIT scientists arguing for and against doing so.

The first came from MIT Professor Emeritus of Atmospheric Science Richard Lindzen, with a petition signed by approximately 300 scientists, urging Trump to withdraw from the United Nations Framework Convention on Climate Change (UNFCCC), under which the Paris agreement was negotiated.

Then twenty-two scientists in the MIT Program in Atmospheres, Oceans and Climate (PAOC) wrote that Lindzen was not part of “the overwhelming majority of other scientists,” adding, “the risks to the Earth system associated with increasing levels of carbon dioxide are almost universally agreed by climate scientists to be real ….”

What did Lindzen actually assert? That “carbon dioxide is not a pollutant” but a “minor greenhouse gas” and “increased atmospheric carbon dioxide is environmentally helpful to food crops. … [It] is plant food, not a poison.” All that is true.

Lindzen opined that stringent regulation of CO2 is “not scientifically justified” and would “cause serious social and economic harm—with no environmental benefits.” Europe’s skyrocketing electricity rates, caused by substituting non-carbon for fossil fuels, cost tens of thousands of lives annually through energy poverty

The PAOC scientists made two claims.

First, they claimed consensus. But consensus is not an argument, particularly when it results from massive government funding focused on investigating human contributions while ignoring natural ones—which, as long-time contributing author to the Intergovernmental Panel on Climate Change (IPCC) Judith Curry pointed out in a peer-reviewed paper five years ago, is unquestionably the case with the UNFCCC and its offspring, the IPCC.

Second, they claimed risks from sea level rise, ocean acidification, and increases in extreme weather. These might warrant the programs demanded by UNFCCC only if all of the following were true:

Empirical evidence, in contrast with models (which are hypotheses and must be tested by observation), fails to confirm any of the first four conditions. Even if the second through fourth were true, if the first were not, proposed solutions would fail to mitigate any risks.

And the fifth? Two questions need answering about implementing the Paris agreement:

First, would it bring more benefits than harms? Based on the IPCC’s own data and model projections, it would cost between $1 and $2 trillion per year from 2030 to the end of the century, i.e., $70 to $140 trillion, but would achieve only a 0.306°F reduction in global average temperature, too little to affect human wellbeing or natural ecosystems. Meanwhile, it would multiply deaths from energy poverty.

Finally, in the third letter to the President, Lindzen answered his colleagues, saying:

Lindzen has the better arguments. Trump should withdraw the U.S. from the UNFCCC and the Paris agreement.