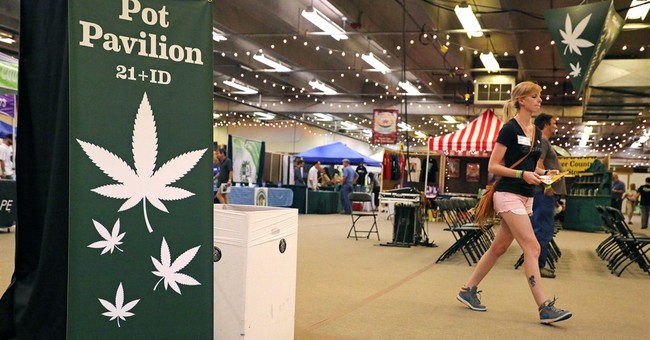 America’s first foray into rolling back prohibition 2.0 is barely underway, and already marijuana prices have dropped low enough to convince some cartel farmers in Mexico to abandon the crop. Mere months after two US states legalized marijuana sales, five Nobel Prize-winning economists released a UN report recommending that countries end their war on drugs. It would seem they were onto something. But in order to further decrease drug-trade violence in so-called producer states, the US first needs to legalize marijuana, but then also the US must stop using the UN to pressure producer countries into supply-based drug prohibition.

Latin America is the largest global exporter of cannabis and cocaine. In 2011 the DOJ’s now-shuttered National Drug Intelligence Center found that the top cartels controlled the majority of drug trade in marijuana, heroin, and methamphetamine in over 1,000 US cities.

Research into black markets shows that producer countries experience more violence than consumer countries. In essence, the global war on drugs is a UN scheme to shrug drug war costs off rich countries’ shoulders and onto poor Latin American countries, with horrifyingly violent results. Much of the recent child migrant crisis is a direct result of children fleeing cartel violence and conscription into criminal gangs.

When drug prices are high, cartels will step up and produce. By keeping demand for cannabis and cocaine high, but supply low, the US in essence forced the Latin America economy to revolve around drugs. Under prohibition, there is no more profitable export. And of course violence proliferates in illegal industries. So in countries where the dominant export is illegal, violence will be endemic.

Every single one of the 20 cities with the highest murder rates in the world are in Latin America. Half of the top 10 global kidnapping hotspots are Latin American countries. Time magazine reports that the violence in the murder capital of the world, San Pedro Sula, Honduras, is due to the influx of Mexican drug cartels that funnel U.S.-bound drugs through the country. The cartels are also responsible for an increase in “atrocious crimes” like decapitation, usually used against rival gangs.

Ending the Drug Wars describes drug prohibition as “a transfer of the costs of the drug problem from consumer to producer and transit countries.” It references a report called Drugs and Democracy: Toward a Paradigm Shift by the Latin American Commission on Drugs and Democracy, headed by former Latin American presidents Fernando Henrique Cardoso, Cesar Gaviria and Ernesto Zedillo found that Latin America’s willingness to cave to first-world pressure has had horrific results, including:

The 200-percent growth rate of the illegal drug market between 1994 and 2008 explains roughly 25 percent of the current homicide rate in Colombia, according to recent research. That means Colombia sees about 3,800 more homicides per year on average associated with the war on drugs.

But when drug prices drop, the cartels will move onto other schemes. VICE News asked retired federal agent Terry Nelson whether legalization was hurting the cartels. “The cartels are criminal organizations that were making as much as 35-40 percent of their income from marijuana,” Nelson said, “They aren’t able to move as much cannabis inside the US now.”

America, the United Kingdom and other wealthy states are epicenters of demand. Not only do demand states prohibit drug production and sales within their borders, but have traditionally used the UN to bully producer countries to do the same through moves such as the United Nations Convention Against Illicit Traffic in Narcotic Drugs and Psychotropic Substances of 1988 or the US annual certification process.

And for what? The report points out that worldwide drug prohibition has succeeded in raising prices on illicit drugs. This may have impacted rates of use in consumer nations. Even if higher prices suppress demand, for which there’s little evidence, there is simply no way to look at the worldwide cost of prohibition as being worth that possible outcome.

“There is now a new willingness among certain states, particularly in Latin America, to be vocal about the inherent problems within the system and to try to extricate themselves from the global drug war quagmires,” according to Ending the Drug Wars.

Ending the Drug Wars acknowledges the “microeconomic contradictions inherent in the supply-centric model of control.” It calls out the UN for trying to “enforce a uniform set of prohibitionist oriented policies often at the expense of other, arguably more effective policies that incorporate broad frameworks of public health and illicit market management.”

However, the ultimately unresolvable problem with prohibition is that:

In a world where demand remains relatively constant, suppressing supply can have short-run price effects. However, in a footloose industry like illicit drugs, these price increases incentivise a new rise in supply, via shifting commodity supply chains. This then feeds back into lower prices and an eventual return to a market equilibrium similar to that which existed prior to the supply-reduction intervention.

Fixing this problem might be the most exciting part about ending America’s war on cannabis. Prices will continue to drop as American growth flourishes. Get ready for cheap, high-quality weed. And as prices drop and the supply side moves into the white market,cartels will get out of the game. And just as ending alcohol prohibition greatly diminished the size, influence, and brutality of organized crime, so will legalizing weed diminish the size, influence, and brutality of Mexican cartels.

As the epicenters of supply, Latin American countries resemble America’s inner cities, wracked with violent crime and corruption. Demand countries, however, resemble America’s suburbs, where the size and scope of the violence pales in comparison. Considering the power wielded by rich countries compared with poor ones, it shouldn’t be surprising that they’d be successful in using international pressure to turn poor countries into lawless killing fields. What’s galling is that they would choose to use their power this way, and get away with it for decades.

Prohibition doesn’t work. But the way it doesn’t work varies greatly depending on whether a state is primarily a producer or a consumer of illicit substances. Stopping international pressure on producer countries is the first step to a fairer, more effective international approach to drugs.